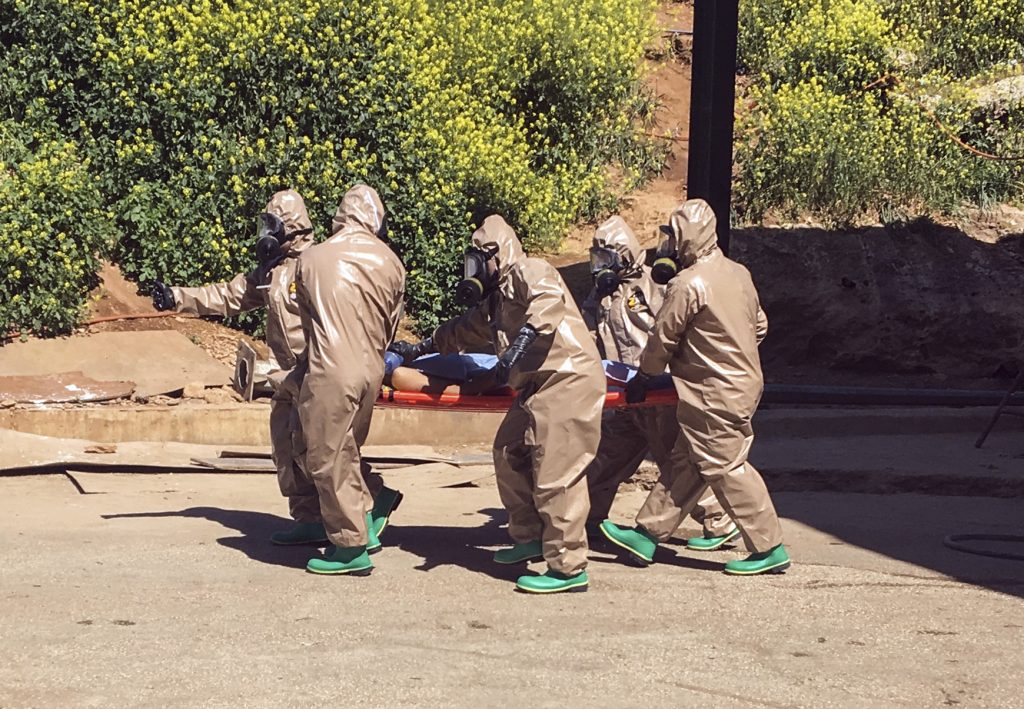 A major showdown is brewing in the Syrian city of Idlib, the last stronghold of groups opposed to the rule of Syrian President Bashar al-Assad – and the end result of that battle will be a realignment of forces in Syria. That’s fine for the Syrians, Defense Minister Avigdor Liberman said Thursday – but it has nothing to do with Israel, which will “continue to maintain its own security interests.”

On a tour of frontline communities in northern Israel, Liberman said that “there is a great deal of discussion going on in various places, such as Ankara, Tehran, Geneva, and elsewhere. They are talking about Syria the day after the battle at Idlib. With all due respect to the agreements that are being developed, as far Israel is concerned these agreements are not relevant. We will maintain all the previous agreements and ensure the security of Israel.”

The situation in Syria is precarious, and with the end of the Syrian civil war in sight, that precariousness could begin to affect Israel, especially if Iran decides to attempt to remain in the field after the war. To prepare for the worst, Liberman said that “this year we designated 21 towns in the border area as top priorities for investments by the Homefront Command. We have raised NIS 220 million to refurbish public bomb shelters and to protect educational institutions, as far as 20 kilometers from the border.” In addition, he said, the government would begin a program to ensure that all homes had private bomb shelters.

Speaking Wednesday, Russian Foreign Minister Sergey Lavrov called the rebels in Idlib a “festering abscess” that needed to be “liquidated.” Lavrov, quoted by Reuters, said that Idlib “is the last hotbed of terrorists who are trying to speculate on the region’s status as a de-escalation zone, who are trying to hold the civilian population hostage as human shields and bend to their will those armed groups ready to engage in dialogue with the government. So from all points of view, this festering abscess needs to be liquidated.”

The United States has warned Russia – which is fighting in Idlib, along with Turkish and Iranian forces, as well as Syrian Army soldiers loyal to Assad – that it would hold Moscow and Damascus responsible for any humanitarian disasters resulting from the war, including the use of chemical weapons. State Department spokesperson Heather Nauert said at a news conference Tuesday that officials had “made it very clear that the United States government and its partners would respond to any verified chemical weapons use in Idlib, or elsewhere in Syria for that matter, in a swift and appropriate manner.”