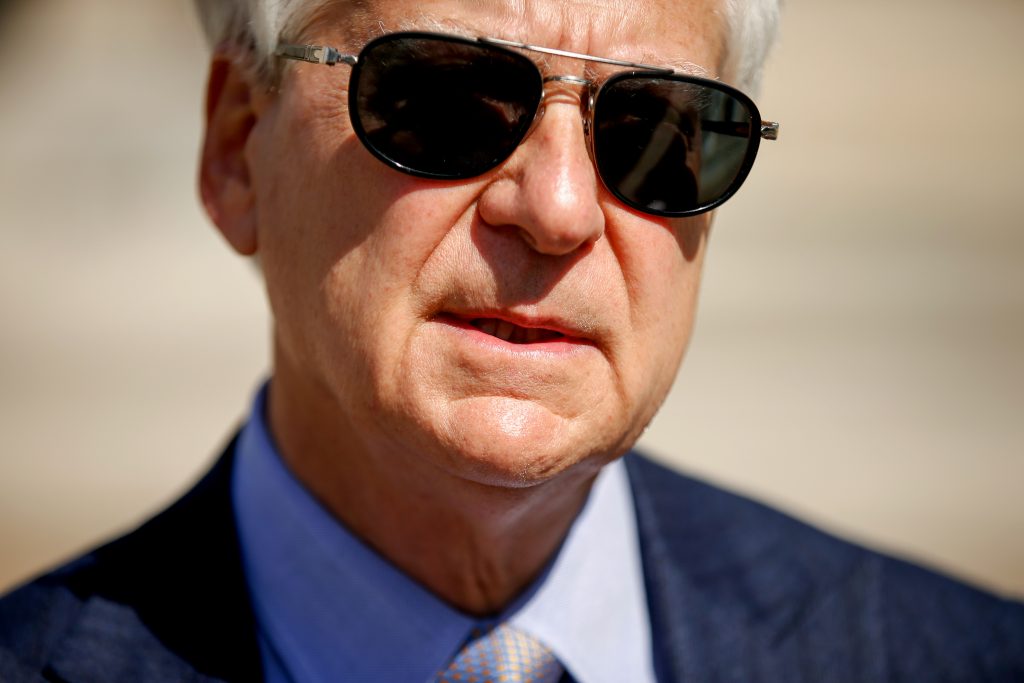 As President Donald Trump goes to war against Silicon Valley technology firms over what he believes is a left-wing bias against conservatives, a right-wing group has launched a lawsuit targeting this region’s tech giants and accusing them of a conspiracy.

Freedom Watch is seeking class-action status and $1 billion in damages.

The companies acted in concert with traditional media firms, including CNN, MSNBC, the New York Times and the Washington Post, Freedom Watch alleged in the suit filed Wednesday in U.S. District Court in Washington, D.C.

Their goal, according to the suit? The tech firms and media companies want to “take down President Donald Trump and his administration with the intent and purpose to have installed leftist government in the nation’s capital and the 50 states,” the suit said.

None of the four tech companies immediately responded to requests for comment.

The legal action follows Trump’s tweets Tuesday accusing “Google and others” of suppressing conservative views. Google Search, Trump claimed, serves up “rigged” results that reflect badly on him. On Wednesday, Trump broadened his tech attack, telling reporters that “Google and Facebook and Twitter, I think they treat conservatives and Republicans very unfairly.”

His economic adviser, Larry Kudlow, said after Trump’s anti-Google tweets that the White House was considering the possibility of regulation.

Google, responding to Trump’s tweets, said it does not adjust search results for political purposes.

Freedom Watch’s lawsuit, which alleged the tech giants “have engaged in a conspiracy to intentionally and willfully suppress politically conservative content,” does not make clear what role Apple is purported to have played.

Facebook is accused in the suit of political censorship and ignoring the stories of conservatives. Twitter is alleged to have banned conservatives for online behavior the social media giant ignored when leftists engaged in it.

Freedom Watch is seeking to include in the lawsuit all conservative groups, entities or individuals whose media and advocacy content has been suppressed or censored by the tech giants, it said in the suit.