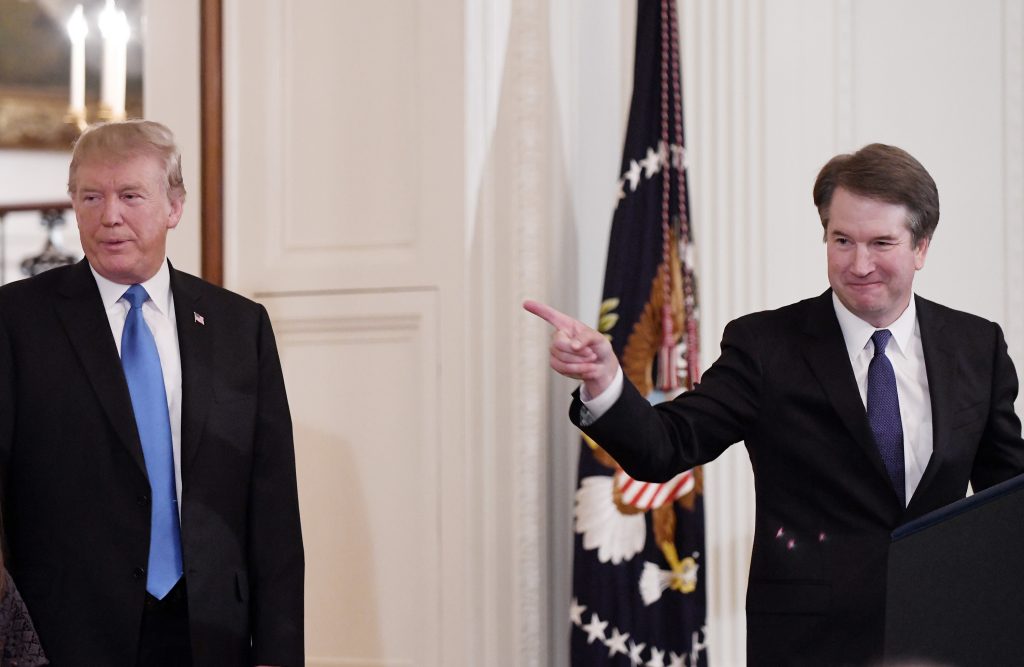 Supreme Court Nominee Brett Kavanaugh wanted to cap the amount victims of 9/11 and their family members could receive from the federal government at $500,000, records obtained by the New York Daily News show.

Pushback from Sen. Chuck Schumer and other federal lawmakers squashed that proposal.

As Congress was debating the parameters of the fund, Kavanaugh wrote to Bush aide Kristen Silverberg on Oct. 14, 2001, that questions were being raised about “3 aspects of our proposal” including a “$500,000 cap.”

Kenneth Feinberg was appointed special master of the Victims Compensation Fund, which put no constraints on the amount he could award to any victim. He decided compensation based on a number of factors such as “the economic loss suffered as a result of the victim’s premature death” as well as “pain and suffering.”

The fund was created to provide financial support to people injured or killed on 9/11. It was also established in large part to save the airline industry from financial ruin.

At the time, airline executives were worried that thousands of 9/11 family members would sue the airlines, arguing they failed to take basic security measures to protect passengers in the crashed planes.

The airline industry relied on private security to screen travelers. That lax security failed to spot the 19 terrorists on four flights armed with pocket knives.

As a condition to enter the fund, victims were forced to agree to never sue the airlines. A group of 95 victims declined to take money from the fund and filed legal claims against the airlines. They settled for a total of more than $500 million, according to reports.

Kavanaugh’s long public service career has generated a massive 6 million to 7 million pages of records, according to the National Archives and Records Administration.

But Senate Judiciary Chairman Chuck Grassley (R-Iowa) has requested only about 900,000 of those pages be made available to Congress.

Additionally, only approximately 260,000 have been made available to the public.

“This window into the thinking of Brett Kavanaugh days after the horrific 9/11 terror attack raises real questions about Judge Kavanaugh’s priorities and judgment, but it doesn’t tell us everything we are entitled to know,” Schumer said.

“Millions of pages just like these remain locked up and withheld from public view for no good reason. These documents prove we need his entire record, no matter how bad it looks.”

“As a public servant on Sept. 11, 2001, Judge Kavanaugh confronted many difficult, at times unprecedented, legal issues in the aftermath of the worst terrorist attack on our soil,” said White House spokesman Raj Shah.

“I think it’s absurd for many reasons,” she said, referring to Kavanaugh’s proposed cap. “Whatever payment goes to people’s families should be largely dependent on the actual loss.”

Her son, who died inside the Pentagon when American Airlines Flight 77 crashed into the building, was a graphic artist.

She received $1.3 million from the fund.

As for Kavanaugh, the Trump administration wants to begin confirmation hearings shortly after Labor Day.