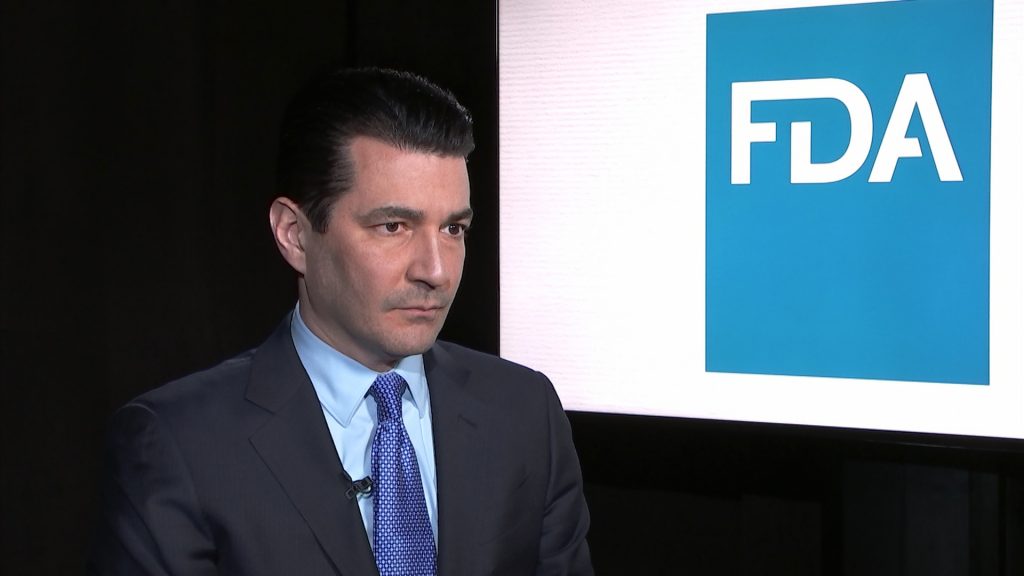 The Food and Drug Administration plans steps to encourage the development of nonaddictive alternatives to opioid pain medications, Commissioner

said in an interview.

As part of the effort, the agency plans to withdraw its existing 2014 guidance to the drug industry on pain medicines. That document is overly broad, Gottlieb said, and is sometimes a barrier to new products and innovations. The current guidelines call for a large number of studies to get FDA approval for general use for chronic pain, he added.

Over the next six to 12 months, the agency plans to issue several documents intended to spur development of medications for specific types of pain. The result should lead to smaller clinical trials, faster approvals and quicker launches of novel therapies, Gottlieb said.

One of the advisories will provide drug companies with information on what the FDA is looking for in non-opioid medications for chronic pain, while another will detail how manufacturers can show that their product reduces patients’ exposure to opioids for acute pain. Yet another will update drugmakers on how they should assess the risks of illicit use of their drugs, a factor in FDA reviews of drugs.

The move is the latest of varied FDA efforts to combat the opioid epidemic, which Gottlieb has repeatedly said is a top agency priority. On Tuesday, for example, the agency sent warning letters to four online networks operating 21 websites that illegally market unapproved medications. It directed the networks to immediately stop selling the products.

Other FDA officials say they hope that new road maps for bringing non-opioid pain medications to market will encourage drug companies to focus more intently on the field. And overall, they say, the drug industry is moving toward more-targeted therapies and away from the broad use of medications.

Keith Humphreys, a Stanford University psychiatrist, praised Gottlieb’s efforts on the opioid epidemic overall but expressed skepticism that the new guidance would make a big difference. He said that the biggest problem is not a lack of non-opioid alternatives but that physicians are still prescribing opioids too often.

“Doctors have been trained since the 1990s that when they hear about pain, they pull out their pads and write prescriptions for opioids,” he said. “If you are a pharmaceutical company, that’s what worries you. It’s marginally helpful if the FDA says we will give you a faster review. But your main concern is that if doctors see pain, they say, that means Vicodin.”

Gary Mendell, founder and chief executive of Shatterproof, a nonprofit organization working to combat addiction, applauded Gottlieb’s announcement and said it will raise the bar for FDA approval of opioids as well as promote the development of non-addictive alternatives.

As more non-opioid pain medicines enter the market, he added, pressures will mount for more doctors to prescribe them and more insurers to pay for them.

The Centers for Disease Control and Prevention has reported that prescriptions for opioids have declined somewhat in recent years, but a recent Mayo Clinic study found that opioid use over the past decade has not substantially decreased.

In any case, there is widespread agreement that people in the United States still rely too much on prescription opioids – the per capita usage rates are much higher than for other countries, Humphreys noted. “We are still way out of whack on that,” he said.

Last week, Gottlieb said the agency plans to contract with the National Academies of Sciences, Engineering and Medicine to develop evidence-based guidelines for the prescribing of opioids for acute and post-surgical pain. He said that FDA analyses suggest that doctors are providing too many pills for many common pain uses. Excess pills get diverted to illicit markets or used by families or friends, he said. In other cases, the patients themselves may become addicted.