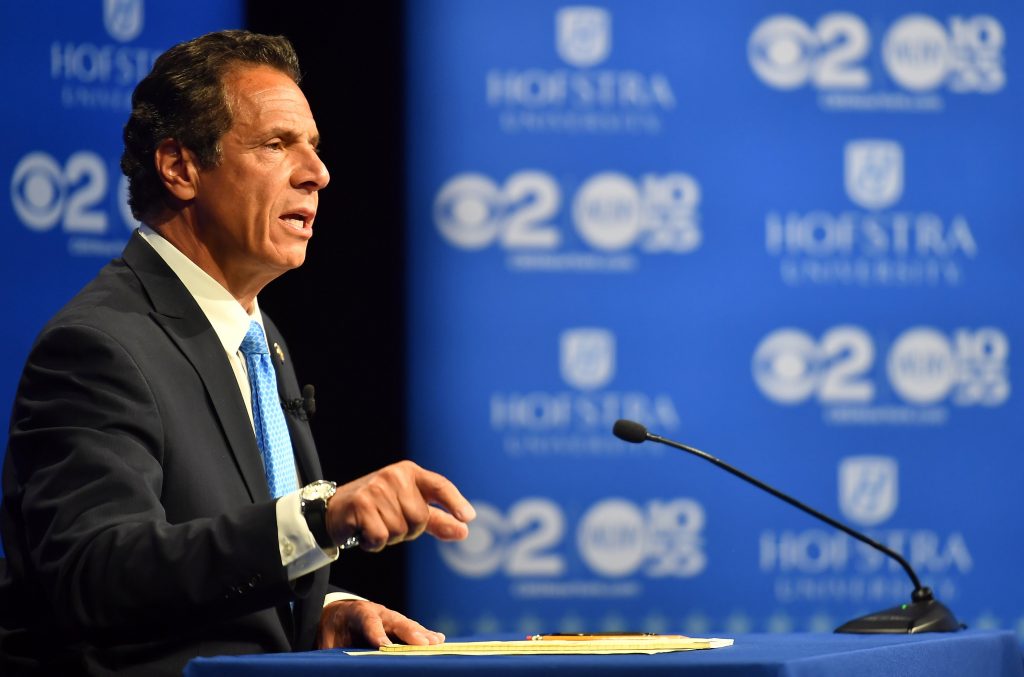 New York Governor Andrew Cuomo and challenger Cynthia Nixon argued over who was the stauncher opponent of President Donald Trump on Wednesday in their only debate as they battle for the state’s Democratic gubernatorial nomination next month.

Cuomo, who is seeking a third term as governor, promised he would not run for the presidency in 2020, despite expectations to the contrary.

In often prickly exchanges over the course of an hour, Nixon, an activist who is running to Cuomo’s left and trailing him in opinion polls, tried to cast the governor as acting mainly in the interests of corporate donors to his campaign.

Cuomo painted Nixon as inexperienced and naive about the practicalities of New York politics.

Nixon came equipped with statistics and an array of policy positions on topics like rent control and transit funding, which Cuomo frequently rebuffed as flawed.

He described Trump, a Republican, as “the largest threat” faced by New Yorkers, a greater danger than climate change, extreme weather or terrorism. He pointedly criticized Trump for his anti-immigration rhetoric and other policies.

“Nobody has stood up to Donald Trump like I have,” he said at the debate at Hofstra University on Long Island.

Nixon scoffed at Cuomo’s depiction of himself as a fierce opponent of the president, who, like the two candidates is a New York City native.

“You stood up to him about as well as he stands up to Putin,” she said, referring to Russian President Vladimir Putin. “We need to oppose Donald Trump not just with rhetoric but with policy.”

Critics have accused Trump of being insufficiently critical of Putin.

The debate, just over two weeks before the Sept. 13 gubernatorial primary, may have been Nixon’s best opportunity to convince voters she has a chance of upsetting Cuomo.

Three polls in recent months all had her trailing Cuomo by more than 30 percentage points.

“Can you stop interrupting?” Cuomo snapped at one point.

“Can you stop lying?” Nixon shot back.

“Yeah,” Cuomo said. He hesitated for a moment. “As soon as you do.”

Cuomo is the son of the late Mario Cuomo, who was a three-term New York governor and considered a liberal lion. The current governor has a long record of government service and had raised nearly 50 times more money than Nixon, according to financial disclosures filed last month.

In one of the more heated exchanges, he criticized Nixon’s setting up of a corporation in order to file her income taxes, an arrangement she said was not unusual among actors and other freelance workers.

He earlier objected to Nixon calling him a “corporate Democrat,” saying repeatedly: “You are a corporation,” and asking as Nixon stared back at him: “Are you a corporation?”

Nixon said New Yorkers should vote for her because she was a longtime champion of causes such as better funding for schools and equal rights.

The winner of the Democratic nomination will face Republican Marc Molinaro, the Dutchess County executive, in the Nov. 6 election. There are also a few independents in the race.