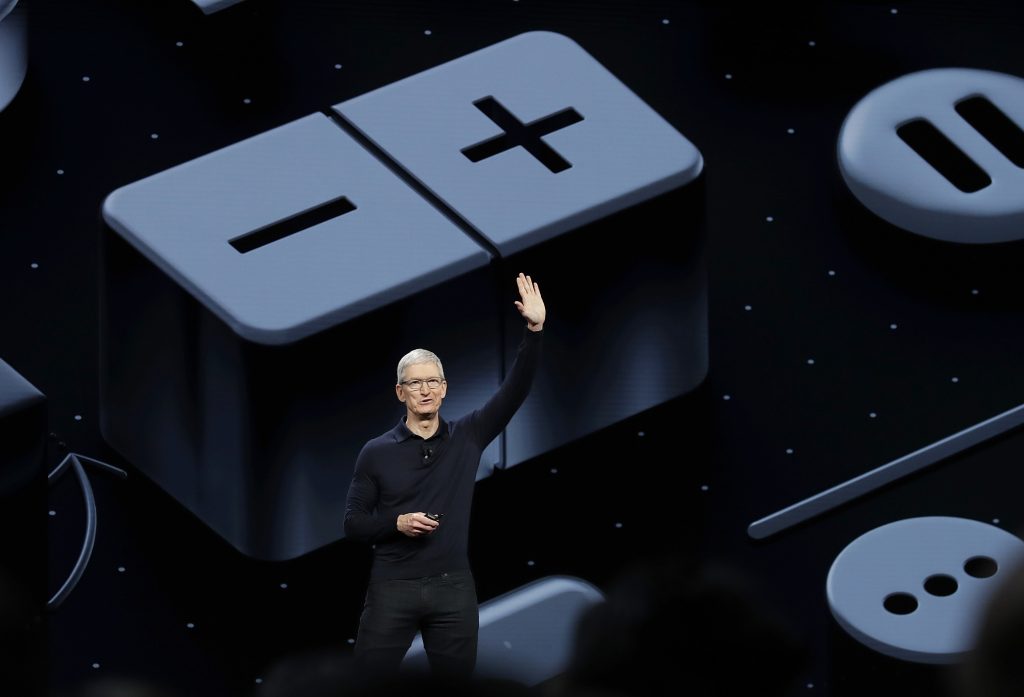 Apple’s next big thing will make its debut on Sept. 12.

The company sent invitations to media for its annual fall product event, where the company traditionally offers the first glimpse of its new iPhone. This year, Apple is actually expected to show off three models, based on several analyst reports: two featuring the premium OLED screen currently available on the iPhone X, one of which is expected to have the largest iPhone screen we’ve seen to date, and a cheaper iPhone model.

The invitation offered few clues about what may be coming — it featured a stylized copper-toned outline of Apple’s new corporate headquarters in Cupertino, California, where the company will hold the event. The presentation will be in the Steve Jobs Theater, which is named for Apple’s late co-founder and chief executive.

Judging by Apple’s past actions, analysts expect the company will begin selling some of the new models by the end of September.

Analysts expect that Apple may also show off a variety of other hardware, including a new Apple Watch, new wireless AirPod headphones and possibly a new model of the iPad Pro, according to Bloomberg. There’s also some speculation that Apple will build on its laptop lineup with a lightweight, entry-level MacBook aimed at students and others looking for a more budget-friendly option.

The company has had a summer of milestones, as strong earnings helped send the company’s stock up and allow it to become the first publicly traded company with a value of $1 trillion.

But while the iPhone business is making more money than ever, the number of iPhones that Apple is selling isn’t growing as fast as it did in the early days of the smartphone market. The company has adjusted for those changes by charging more for each phone — $1,000 for the iPhone X, for example — but is also looking to build up other product lines and its push into services such as entertainment.

Apple, as always, has remained tight-lipped about its product plans and it’s not clear how the company will pitch so many new models of the iPhone to customers. It will be particularly interesting to see how the firm markets the rumored cheaper iPhone, given the relatively poor reception of the iPhone 5c, a budget iPhone model the company offered in 2013 in response to increased global demand for cheaper phones. It failed to catch on and was eventually discontinued.