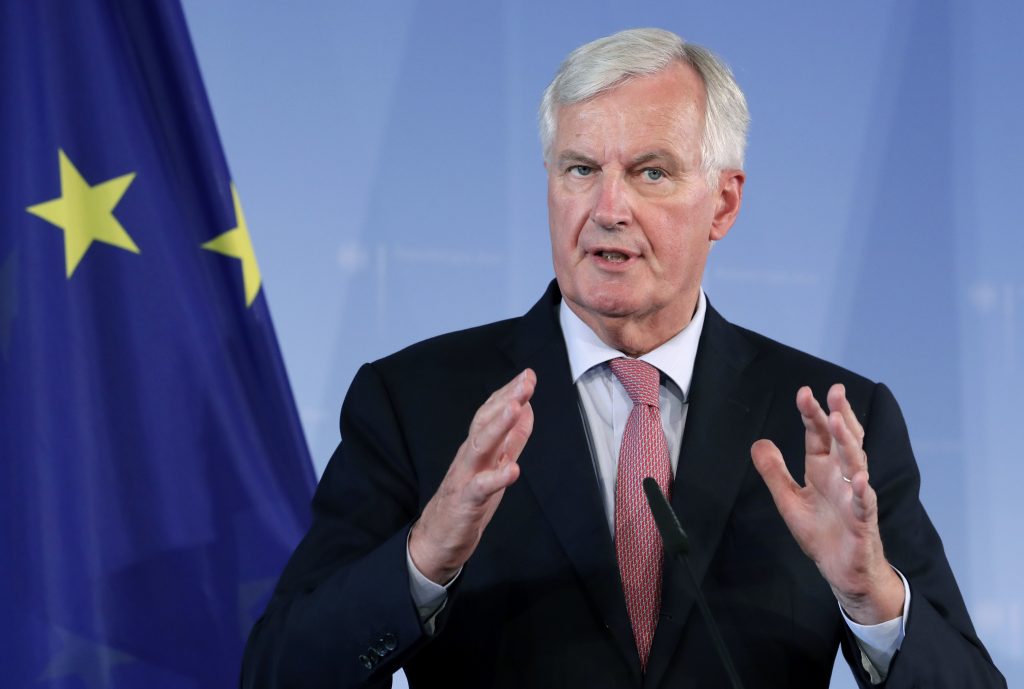 The U.K. and the European Union may not meet their self-imposed October deadline for a divorce deal, Britain’s Brexit minister said Wednesday.

But Dominic Raab said he remained “stubbornly optimistic” that there would be agreement before Britain leaves the bloc in March.

Separately, his EU counterpart, Michel Barnier, sparked a rally in the pound when he said the bloc was willing to offer Britain terms it had never extended to any non-member country.

Raab said a deal in October remains the goal, but there is a “possibility it may creep beyond that.” The Brexit secretary told a House of Lords committee that the two sides were aiming for October, “but there is some measure of leeway.”

Raab said Britain and the bloc were 80 percent of the way to a withdrawal deal, and urged the EU to show “pragmatism” in the negotiations.

“I’m confident that a deal is within our sights,” he said.

Britain and the EU aim to hammer out an agreement on divorce terms and the outlines of future trade by a European Council summit in October so that it can be approved by individual EU countries before the U.K. leaves the bloc on March 29.

But talks have stalled amid divisions within Britain’s Conservative government over how close an economic relationship to seek with EU, and the U.K. has ramped up planning for a disruptive “no deal” Brexit.

A proposed divorce agreement hammered out by Prime Minister Theresa May’s government last month proposes to keep the U.K. close to EU regulations in return for free trade in goods. The plan has infuriated Brexit-backers in her Conservative party, who claim it would leave the U.K. tethered to the bloc and unable to strike new trade deals around the world.

It also has been received coolly by EU leaders, who claim Britain wants to “cherry pick” aspects of membership in the bloc without the full cost and responsibilities.

German Foreign Minister Heiko Maas said Wednesday that if Britain was allowed to keep all the “good points” of membership, other EU states could ask, “why are we members of the European Union at all if an exit doesn’t mean any actual disadvantages?”

He said the EU was prepared to offer the U.K. a special partnership, one it had struck “with no other third country.”

The pound, which has fallen by more than 15 percent since Britain’s 2016 vote to leave the EU, rose sharply after Barnier’s comment. In late afternoon London trading, the pound was 1 percent higher at $1.30.

But, he cautioned, “almost all the preceding ‘breakthroughs’ have been swiftly proven to be a false dawn.”