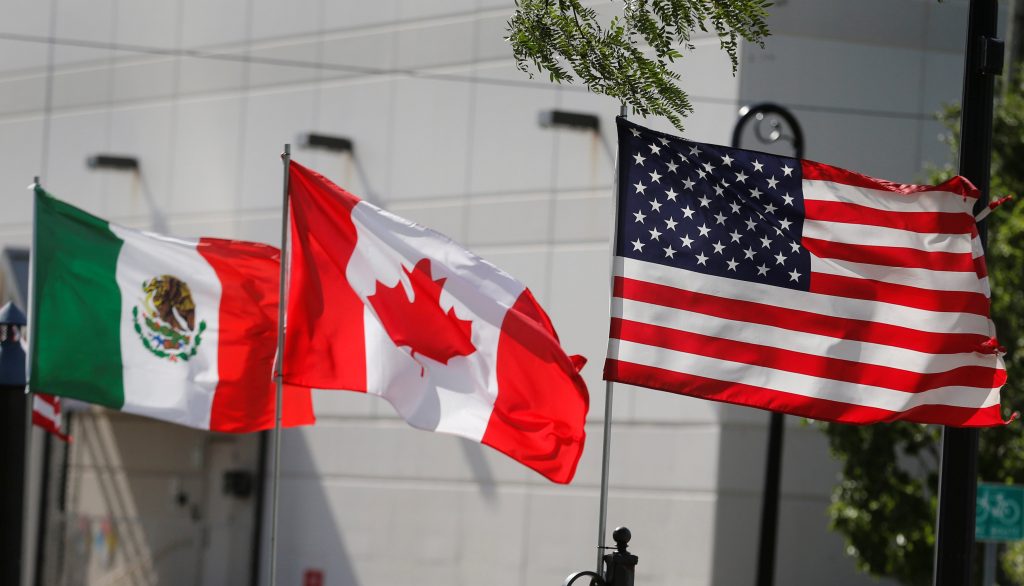 The leaders of the United States and Canada expressed optimism on Wednesday that NAFTA negotiations could meet a Friday deadline for a deal, although Canada warned that hard work on a number of tricky issues was still needed.

Canada rejoined the talks to modernize the 24-year-old North American Free Trade Agreement after Mexico and the United States announced a bilateral trade deal on Monday.

“They (Canada) want to be part of the deal, and we gave until Friday and I think we’re probably on track. We’ll see what happens, but in any event, things are working out very well,” President Donald Trump told reporters outside the White House.

The upbeat tone contrasted with Mr. Trump’s harsh criticism of Canada in recent weeks, railing on Twitter against Canada’s high dairy tariffs that he said were “killing our Agriculture!”

Trudeau said he thought the Friday deadline could be met.

“We recognize that there is a possibility of getting there by Friday, but it is only a possibility, because it will hinge on whether or not there is ultimately a good deal for Canada,” he said at a news conference in northern Ontario on Wednesday. “No NAFTA deal is better than a bad NAFTA deal.”

Pres. Trump has set a Friday deadline for the three countries to reach an in-principle agreement, which would allow Mexican President Enrique Pena Nieto to sign it before he leaves office at the end of November. Under U.S. law, he president must wait 90 days before signing the pact.