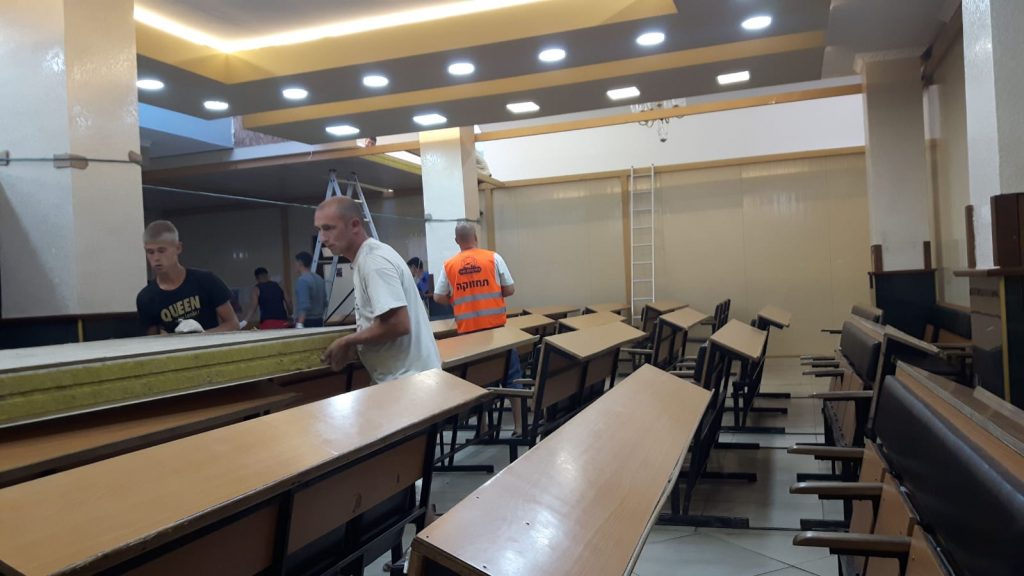 Some 30,000 Israelis will be winging their way to Uman for Rosh Hashanah. Flights to Ukraine are set to begin in earnest on September 5, and will continue through Erev Rosh Hashanah. The logistics of the Israeli “invasion” of Uman with the government of Ukraine is being handled by a joint task force of the Foreign, Interior, Transportation and Religious Ministries, with the assistance of the Israel Police, Zaka, Hatzalah, Magen David Adom, and other groups. The Israeli Embassy in Kiev is in charge of the overall coordination, the Foreign Ministry said in a statement.

A special consular office will be opened in Uman during the days before and after Rosh Hashanah, in order to enable quick processing of emergencies, such as lost passports or situations where Israeli need to get back home quickly. The consul will arrange for whatever emergency services are needed as quickly as possible, the Ministry said. With that, it said in a statement, Israelis were responsible to ensure that their documents were in order, that they did not lose their passports, and that they followed local laws and ordinances.

Some 2.2 million people are expected to pass through Ben Gurion Airport in September, setting a record for the month, the Airports Authority announced. Those travelers will be flying in over 14,000 arriving and departing flights – 17 percent more flights than last September.

As happens annually, Israeli airspace will be closed for Yom Kippur. The last flight to land before Yom Kippur will be an El Al flight, arriving at 1:40 p.m. on September 18, with the last departure set for 1:55 p.m., by a foreign carrier. On Motzoei Yom Kippur, the first incoming flight will arrive at 9:30 p.m., and the first departure will take place at 11:30 p.m.