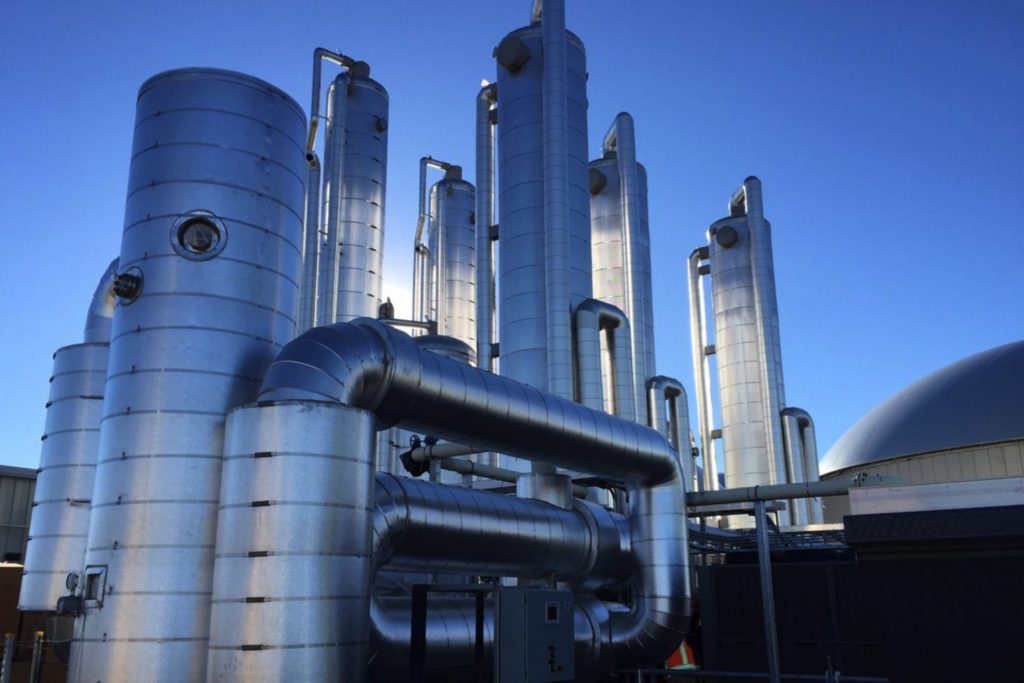 Too much fatty, gassy food in your diet?

A renewable methane producer, RNG Energy Solutions, can’t get enough food waste from restaurants and groceries, and the fattier and gassier it is, the better. RNG converts the wretched refuse of our teeming stores into transportation fuel.

RNG Energy announced Monday it has formed a joint venture with Philadelphia Energy Solutions, which operates the giant South Philadelphia refinery complex, to build a $120 million digester that can convert more than 1,100 tons of food waste a day into methane gas.

The Point Breeze Renewable Energy Project would be built on 22 acres of vacant land in the refinery’s North Yard area, off Maiden Lane to the west of the four spherical butane tanks along the Schuylkill Expressway. The project would take from two to three years to permit and to build.

The biogas project aims to divert food wastes from landfills, and also to reduce the escape of methane from decomposing landfill waste into the atmosphere. The facility would produce 3 million cubic feet of gas a day, for which there is a strong market from owners of truck fleets and municipal buses for renewable methane to satisfy green-energy targets, said James Potter, president of RNG Energy Solutions LLC.

“People definitely want to pay a premium for this type of renewable product, which will be used as transportation fuel,” said Potter.

The Point Breeze project presented its plans to the city’s Solid Waste and Recycling Advisory Committee in May, and Mayor Kenney welcomed it on Monday. “The project will bring hundreds of much-needed jobs over its two-year construction, as well as dozens of permanent jobs, and I look forward to seeing this effort move forward,” Kenney said in a statement.

RNG is developing similar systems in Seattle, Boston and Linden, N.J., aimed at capturing food waste in metropolitan areas, to reduce the distance that the raw material needs to be transported.

“We’ve learned that communities want to achieve certain sustainability goals, and will seek to divert their own organic waste streams to our facility,” Potter said.

The digestion process also produces a high-value agricultural fertilizer as a byproduct that will be sold and marketed as a soil amendment and landscaping material, said Potter. He likened to loam to peat moss, rich in nitrogen and phosphorus. “We’ve secured an organic rating for it,” he said.

Philadelphia Energy Solutions, which emerged from bankruptcy protection last month, is supplying land and steam energy to the project, and will buy and market the renewable gas produced.

For PES, often criticized as the largest source of air pollution in the region, the biogas plant give it a small bit of green cover.

The refinery will retain the renewable energy credits generated from the sale of biogas, which will reduce its need to buy the credits on the open market. The high cost of those credits, called RINs or Renewable Identification Numbers, was one of the main sources of financial pain that sent the refinery into bankruptcy.

“The project will help, though it certainly won’t solve the problem with RINs for us,” said Cherice Corley, PES spokeswoman.

RNG built and sold what it says is the world’s largest codigester in Colorado, the Heartland Project, which converts food waste and cattle manure into methane. That project has been plagued with complaints about odor that Potter blamed on its owner and operator, EDF Renewable Energy.

“It was easily solvable, but EDF took forever to solve it,” he said.

The Philadelphia project, which will use only food waste and not manure, would be a totally closed system and odor-free, said Potter. “Everything is in vessel,” he said. “There is no holding of material in open tanks, or outside. There won’t be any odor issues here.”

The fuel for the Point Breeze digesters will come from food that is “no longer consumer viable” discarded by grocers, restaurants, institutional kitchens and food processors. Residential food waste won’t be targeted because “the complexities of collecting that waste are prohibitive for this type of project,” Potter said.

The food waste would be concentrated at two or three satellite plants located at trash-transfer stations, where it would be converted into a slurry that is trucked to the biogas plant. In the closed digesters, bacteria that thrive in an environment of 110 to 115 degrees, consume the slop and generate methane as a byproduct.

The gas produced from such digesters is about 60 percent methane, which needs to be concentrated and converted into pipeline quality gas, which is typically about 95 percent methane.

A critical part of the process at the satellite facilities is the handling of the food waste, which arrives in bulk or packaged form, including individual retail items past their expiration date. RNG uses European “de-packaging” equipment that opens up cans, bags and boxes and extracts the food in a high-speed centrifuge that Potter likened to a washing-machine spin cycle.

“A loaf of bread in a plastic bag, a damaged can, yoghurt or cottage cheese — anything that needs to be discarded comes to us, the packaging gets removed and the packaging is taken to a landfill,” he said.

For humans, the food slurry that makes up the fuel source for the biodigesters is not an appetizing mixture. “But to the bacteria in the tank, it is,” said Potter.