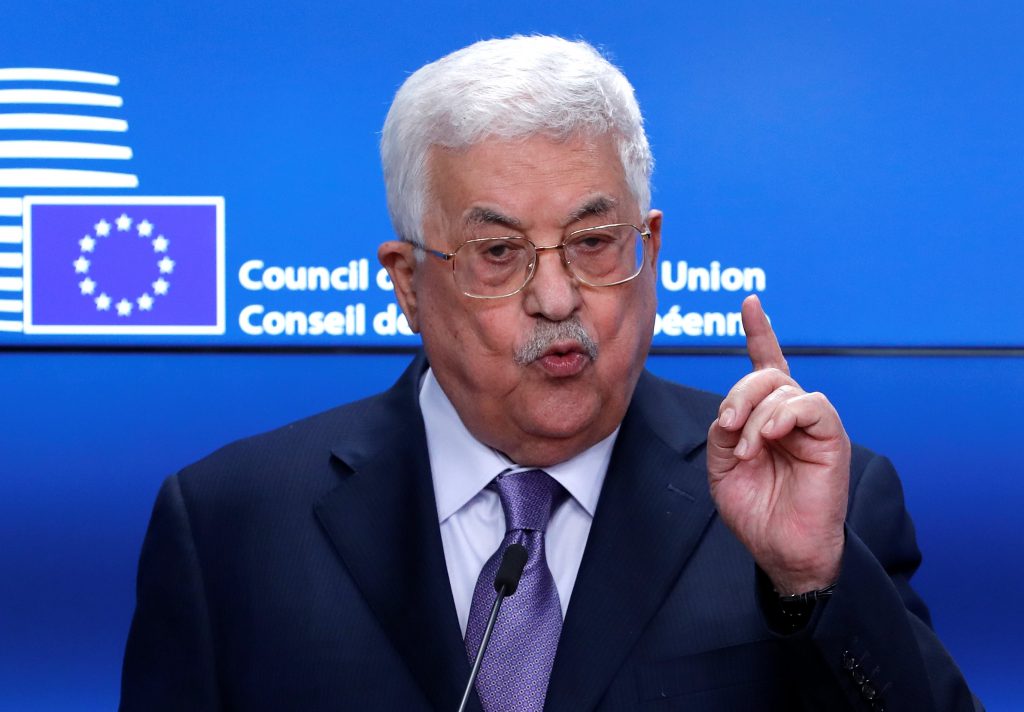 Declarations by Palestinian Authority chief Mahmoud Abbas that he is prepared to accept a Palestinian state that lacks territorial contiguity should be taken with a large grain of salt, Transportation Minister Yisrael Katz said Wednesday in an interview with Kan News (formerly Channel 1). “It’s propaganda,” said Katz. “Abbas has never changed his positions on the dispute, and has never shown willingness to compromise on any of the core issues, whether Yerushalayim or the ‘right of return,’” a reference to the demands by Abbas that descendants of Arabs who fled Israel in 1948 be returned to the property abandoned by their forbears.

Earlier, Kan News reported that at a recent meeting between Abbas and Israeli peace activists and academics, Abbas had said that he would accept a Palestinian state that did not have contiguous territory – which, if correct, would constitute a major concession on his part, and essentially allow Israel to keep the settlement blocs and other areas deemed necessary for security. “I want a Palestinian state in the 1967 borders, and it does not have to be contiguous,” Abbas was quoted as telling the Israeli group.

“I don’t want the army there, and I don’t want armed police either. I want an unarmed police force that is equipped with nightsticks and batons to keep order. Instead of tanks and planes, I want to establish schools and hospitals, and to direct funds to social needs,” he said. According to the report, Zionist Camp MK and former Foreign Minister Tzippy Livni confirmed that Abbas had made this offer in the past.

But Katz said that Israelis should not be so quick to believe such “declarations. This is Arabic-language propaganda for people who speak Hebrew,” he told Kan News. “Abbas is a ‘Palestinian leader’ in the very narrow sense of the word. He refuses to allow humanitarian aid into Gaza or to assist in any way there, and yet claims that Gaza belongs to him and the PA, and that nothing can happen there without his approval. For him, it’s all politics. He doesn’t care about his people.”

Israeli security experts quoted by Channel 20 said that the chances that Abbas would actually sign a document that provided for such a Palestinian state were nil, as other forces in his own Fatah terror group – not to mention Hamas, Islamic Jihad and other groups – would never agree to an idea like that. “If he were indeed sincere, he would probably be killed within an hour of signing, if he even got that far,” the experts said. “Chances are the declaration was just for show.”