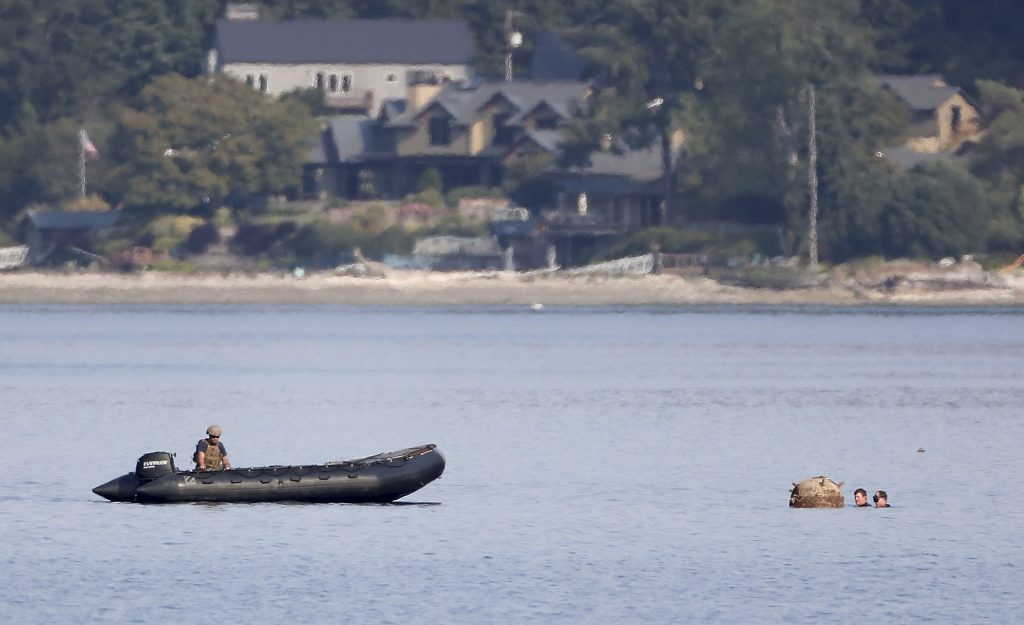 Coast Guard and Navy bomb technicians have detonated what they said appeared to be an unidentified mine floating in Puget Sound between Brownsville Marina and Bainbridge Island.

The object was reported at about 2 p.m. Tuesday.

The Navy says initial inspection of the moored mine showed it had decades of marine growth. At about 5 p.m., Navy divers secured a long line to the device and began towing it with a small boat.

KIRO-TV video showed it was detonated without incident by 8:15 p.m.

Authorities had asked residents along the waterfront to stay inside and away from beaches as a precaution.