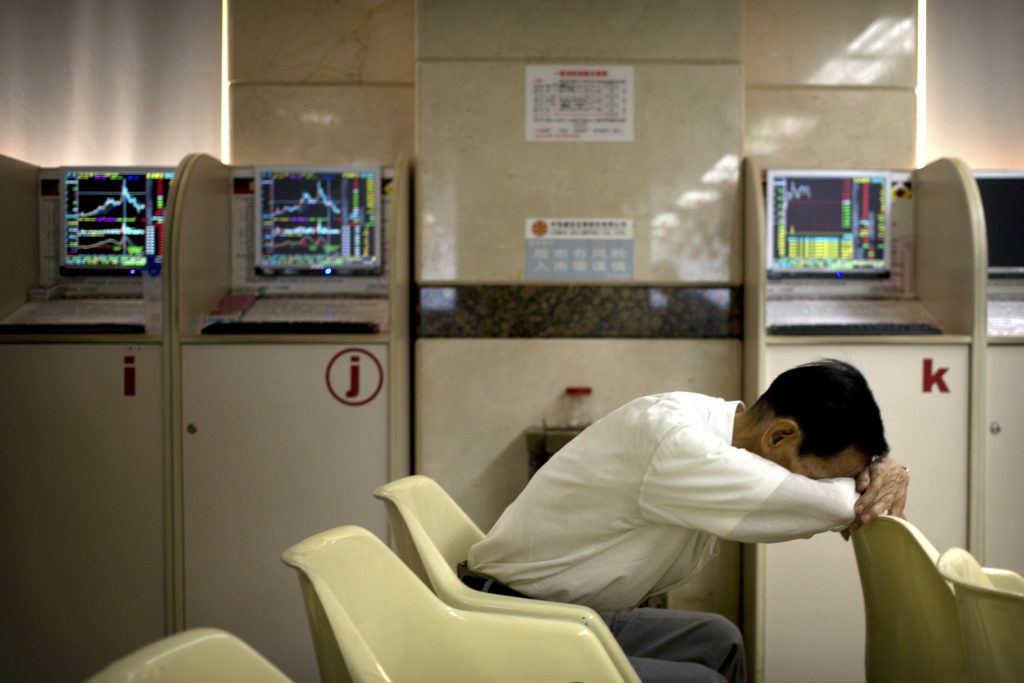 Asian shares crept marginally higher on Wednesday as optimism over the U.S.-Mexico trade deal was quickly clouded by caution ahead of a looming deadline on tariffs with China.

A flat finish on Wall Street and a dearth of major economic data across the region made for thin trade and MSCI’s broadest index of Asia-Pacific shares outside Japan eked out a rise of 0.2 percent.

Chinese blue chips dipped 0.4 percent as the country’s state planner warned of increasing risks to the economy in the second half of the year.

Japan’s Nikkei put on 0.2 percent but shied away from stubborn resistance around 23,000, a level where it has failed repeatedly in recent months.

“For the Nikkei to break and remain above the 23,000 mark, trade conflict concerns will have to subside more convincingly,” said Hiroki Takashi, chief strategist at Monex Securities.

“While recent NAFTA talks have helped, the United States and China will have to resolve their trade dispute to convincingly ease market concerns.”

Analysts at JPMorgan noted the deadline for public comment on President Donald Trump’s increased tariffs on $200 billion of Chinese goods was less than a week away on Sept. 5.

“End-of-month flows could start to take hold into the end of the week, and combined with light news flow and the risk of impending trade war escalation could result in conviction remaining light,” they cautioned.

President Trump warned that he could proceed with Mexico alone and levy tariffs on Canada if it does not come on board with the revised trade terms.

Yet even if Trump were to go with Mexico alone, Congress would have to approve the deal in a process that would take months and put it beyond the mid-term elections.

“In a nutshell it seems that many contentious issues remain unresolved and there is a very tight timeline that needs to be followed if a NAFTA deal is to be ratified by the current U.S. Congress,” NAB analysts said in a note.

The White House has also said it wants to settle NAFTA before dealing with China, suggesting that trade dispute could run well into 2019.

Major currencies were quiet, with the dollar index a whisker firmer at 94.807 after touching a four-week low overnight. It was going nowhere on the yen at 111.20, having spent the past three sessions in a 110.93/111.49 range.

The euro eased a fraction to $1.1679 after topping out at $1.1733 overnight. It faces stiff resistance in the $1.1750/90 zone and lingering concerns over Italy where political uncertainty drove bond yields toward three-month highs.

Oil prices dithered either side of flat as falling supplies from Iran ahead of U.S. sanctions balanced rising production outside the Organization of the Petroleum Exporting Countries.