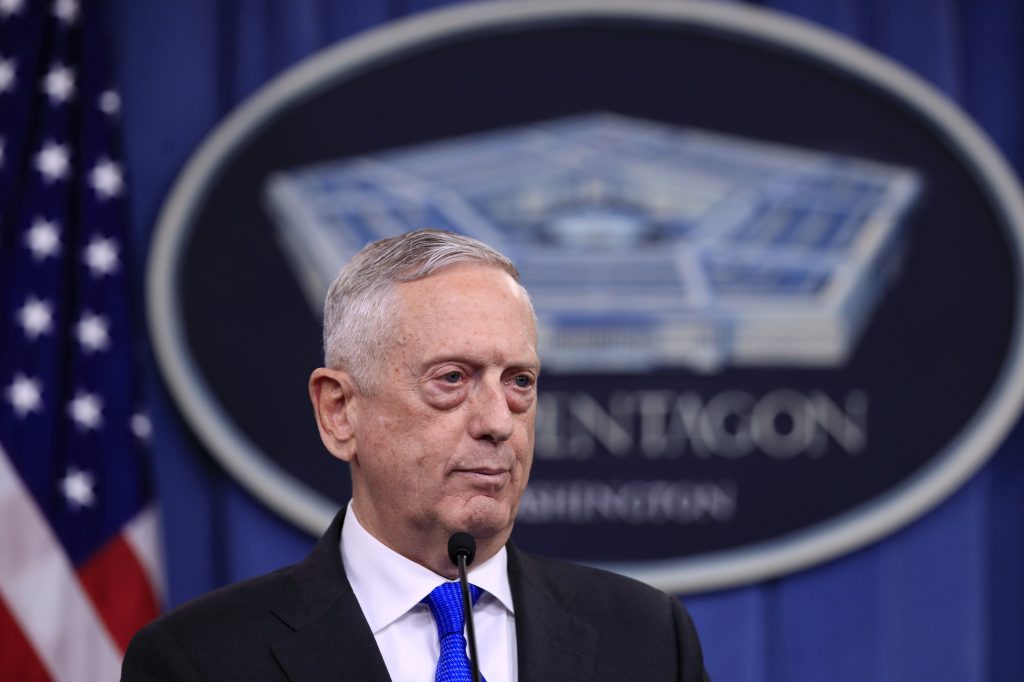 It was the latest sign that prospects for an agreement with North Korea on eliminating its nuclear weapons are dimming.

“We have no plans at this time to suspend any more exercises,” Mattis said at a Pentagon news conference, adding that he had not decided whether to go ahead with major annual drills expected next year. “We’ll make decisions on that in consultation” with the State Department, he said.

President Trump announced a suspension of large-scale joint exercises with South Korea after meeting with North Korean leader Kim Jong Un in June. Trump said he had agreed to stop the “war games” because they are “very provocative,” terms used by North Korea in denouncing the drills. Trump added that the move would save the United States “a tremendous amount of money.”

The president said the exercises would be suspended “unless and until we see the future negotiation” on eliminating Pyongyang’s nuclear arsenal “is not going along like it should.”

Secretary of State Michael R. Pompeo canceled a planned trip to North Korea this week, citing a lack of “sufficient progress” by North Korea toward denuclearization.