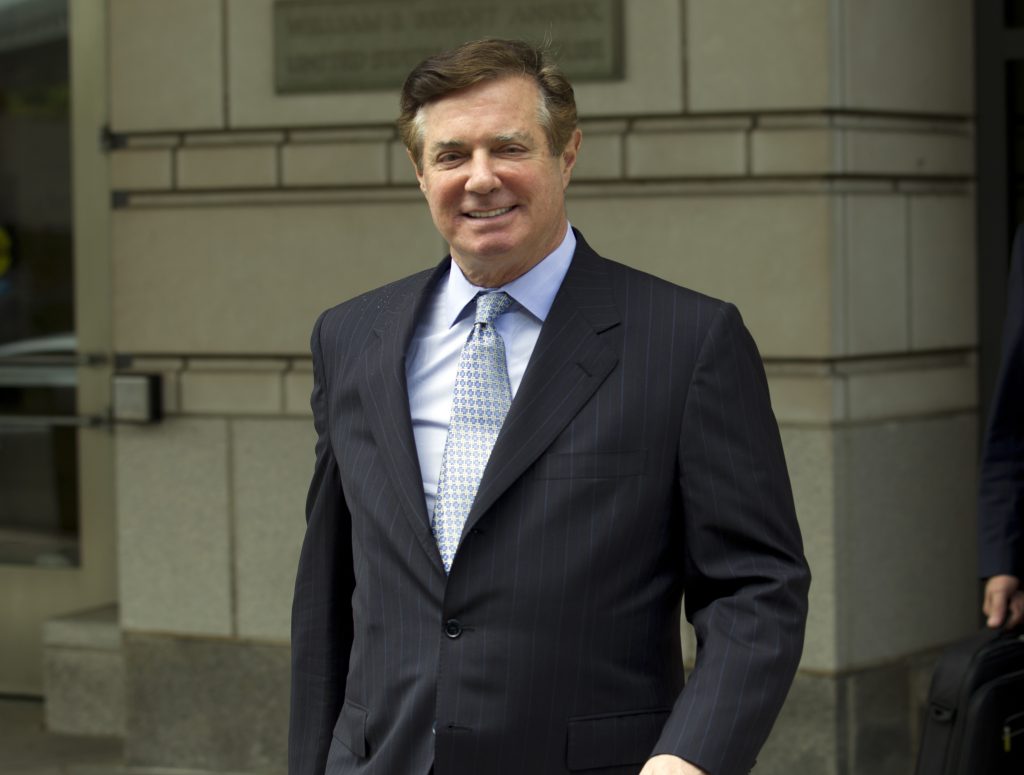 Paul Manafort, Trump’s former campaign chairman, is getting more time to prepare for his second trial even as his attorneys say they will request that the case be moved from Washington to another location because of pretrial publicity.

U.S. District Judge Amy Berman Jackson said Tuesday that jury selection in Manafort’s trial in the District of Columbia will begin as scheduled on Sept. 17, but opening statements will be delayed until the following week. The ruling came after Manafort’s attorneys argued that they needed more time to sort through the more than 1,600 pieces of evidence that special counsel Robert Mueller’s team intends to introduce at trial related to Ukrainian lobbying and political consulting work.

Manafort attorney Richard Westling also told the judge he plans to file a motion requesting the trial be moved out of Washington but said he didn’t yet know what alternate location he would propose. Manafort’s defense had unsuccessfully made a similar request in his first trial in Virginia.

Jackson said she would reserve judgment until seeing the motion. But she noted the court in Washington had seen plenty of high-profile cases and had been able to select juries that were impartial through thorough questioning. She also noted that Manafort’s case had attracted national publicity, making it difficult to argue that other locations would be more suitable.

Jackson did note that jury selection may take more time because of the amount of attention given to Manafort’s case.

Jurors in the case will be required to fill out an extensive questionnaire that will probe where they get their news, whether they are politically active and whether an affiliation with the Trump campaign would affect their ability to decide Manafort’s case solely on the facts.

Jurors will not be asked how they voted in the 2016 presidential election, and on Tuesday, Jackson also struck a question asking whether jurors voted at all during that election, saying it was “invasive” and didn’t reveal anything about potential bias.

The trial will come about a month after a jury in Virginia convicted Manafort on eight felony counts of filing false tax returns, failing to report offshore bank accounts and bank fraud. The jury deadlocked on 10 other counts.

Manafort’s second trial will likely take a few weeks, with prosecutors saying they need 10 to 12 days to put on their case. The defense said in a recent filing that it hasn’t decided whether to put on any evidence, but it could take three to four additional days, if so.

While Manafort’s Virginia trial focused on his taxes and bank loans, the Washington trial will largely focus on his Ukrainian political work and what prosecutors say was a scheme to carry out foreign lobbying work in the U.S. without registering with the Justice Department as required by U.S. law.

The case does not involve Manafort’s work on the Trump campaign or Russian election interference during the 2016 presidential election, a point prosecutors affirmed Tuesday.

In addition to the foreign agent charge, Manafort is accused of laundering millions of dollars through offshore accounts and later lying to federal agents and the Justice Department about the nature of his lobbying work. He also faces charges of obstruction of justice related to contacts he and an associate had with witnesses who said they felt pressured to lie about the nature of his foreign work.

Prosecutors have said Manafort’s associate, Konstantin Kilimnik, has ties to Russian intelligence services and is believed to be living in Russia. He has not appeared in a U.S. court to face the charges.