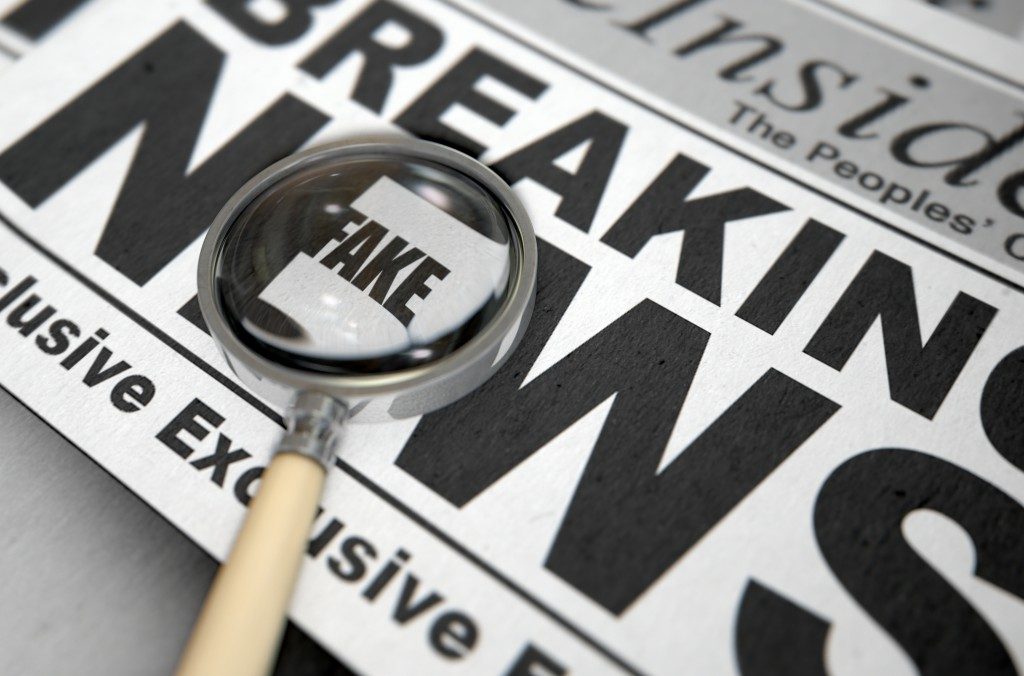 Nearly a quarter of a century ago, back when Donald Trump was a mere businessman building casinos, not an embattled president haranguing the press, I was already dealing with what has since come to be called, at his suggestion, “fake news.”

The media bias with which I was confronted as Agudath Israel’s public affairs director largely concerned Orthodox Jews, not political matters, but my frustration then was similar to the president’s current pique.

At the time, of course, computers were fairly new, social media nonexistent and tweeting, blessedly, was limited to birds.

All the same, though, I tried to raise a hue and cry, fantasizing that I might change the world, or at least the media world. Needless to say, I didn’t.

So many media, so much misinformation. Like demonstrably false assertions in news stories across the nation about Orthodox Jews, like the New York Times’ description of a large Tehillim rally in Manhattan as “40,000 Orthodox Jews vent[ing] anger…”

Or its story on the 12th Daf Yomi Siyum HaShas focusing not on the incredible turnout and enthusiasm of those present but on the fact that Orthodox women don’t traditionally study Talmud. Or its characterization of the 1991 Crown Heights riots, years later, as “[violence] between blacks and Jews,” when the violence was entirely one-sided.

There were many other errors of fact over the years, not to mention a dearth of Orthodox voices in stories that cried out for them. Agudath Israel made countless efforts to correct the record in calls to reporters, letters to editors and other interventions.

But clear, demonstrable mistakes were one thing. More slippery fish were the subtle misleadings: the emphasis on one aspect of a story at the expense of a larger picture, the omission of important pertinent information, the clever but deceptive opening or closing lines, the headlines that misrepresented what the articles beneath them actually said, the choice of photos that impugned Orthodox Jews. Those sorts of things were what really rankled, because effectively countering them was like nailing p’tcha to a wall.

What I came to learn over time, though, was that the shortcomings of news organizations didn’t have to lead to frustration, nor to seeing media as “the enemy of the people,” as the president not long ago asserted, to much criticism. Nor even, for that matter, to the conclusion that the media are “fake.” They are simply … well, media — from the Latin word medius, by way of the English word medium, in its sense of “an intermediary” or “channel.”

News media are not final arbiters of truth or facts; they are, rather, lenses through which information is channeled to us. And every lens has its particular shade, warps and flaws; every reporter, no matter how cautious, has his or her inherent biases. Trying to deny or resist that undeniable truth, imagining that media can in fact be totally dispassionate, is what leads to frustration. But being angry about a news organization’s reportage’s lack of balance is like being angry at your refrigerator for not washing the dishes.

News, at least at its core, is views. All media are, to one or another degree, biased. Media that purport to be impartial, by contrast, are neither that nor truthful.

In a perfect world, perhaps, artificial intelligence would provide us the news, in the form of simple, cold facts. There would be no human bias tweaking it this way or that. But, minus the human element, foibles and all, such reportage would be utterly boring. The price we pay for interesting is acceptance of the human, and thus imperfect, factor.

We must of course continue to call the media out for their demonstrable errors of fact. But, when it comes to their subtle biases, all we can do is adjust for them. And the most a news organization aspiring to reportorial objectivity can do is to assign reporters to stories in which they are as disinterested (“without personal interest or advantage”) as possible.

In the end, we are stuck with the media we have. Not enemies, not fake.

Just like all their reporters, and for that matter most people, a bit biased.