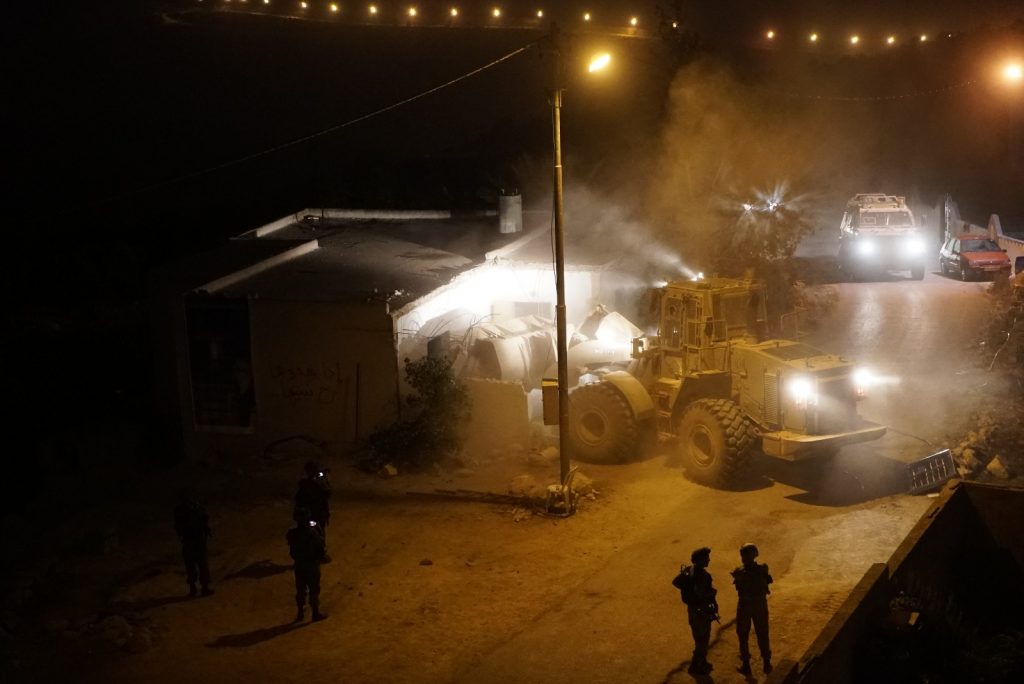 IDF bulldozers overnight Monday demolished the home of Mohammed Tarek, the 17-year-old Arab terrorist who murdered 31 year old Yotam Ovadia, Hy”d, in the Binyamin town of Adam last month. The home is located in the village of Kubar. Dozens of Arabs rioted during the demolition process, throwing rocks and firebombs at soldiers, who responded with antiriot measures. There were no injuries to IDF soldiers.

Commenting on the demolition, Defense Minister Avigdor Liberman said that “after the murder of Yotam, I promised his widow and his parents that we will demolish the home of the terrorist who murdered him at the first opportunity. Last night the circle was closed. We will continue to fight terrorism with an iron fist, we will continue to build in Adam and everywhere else terrorists attack our citizens,” Liberman added.

The stabbing in the Binyamin town of Adam took the life of Ovadia, a resident of the town. Witnesses said that Ovadia, a father of two, was killed after he struggled with Tarek, preventing him from entering homes and delaying his advancement after he sneaked into the town on his way to murder Jews.