National Hawaii’s Rain From Hurricane Lane, Topping 50 Inches, Is Among Most Extreme In US Records
National 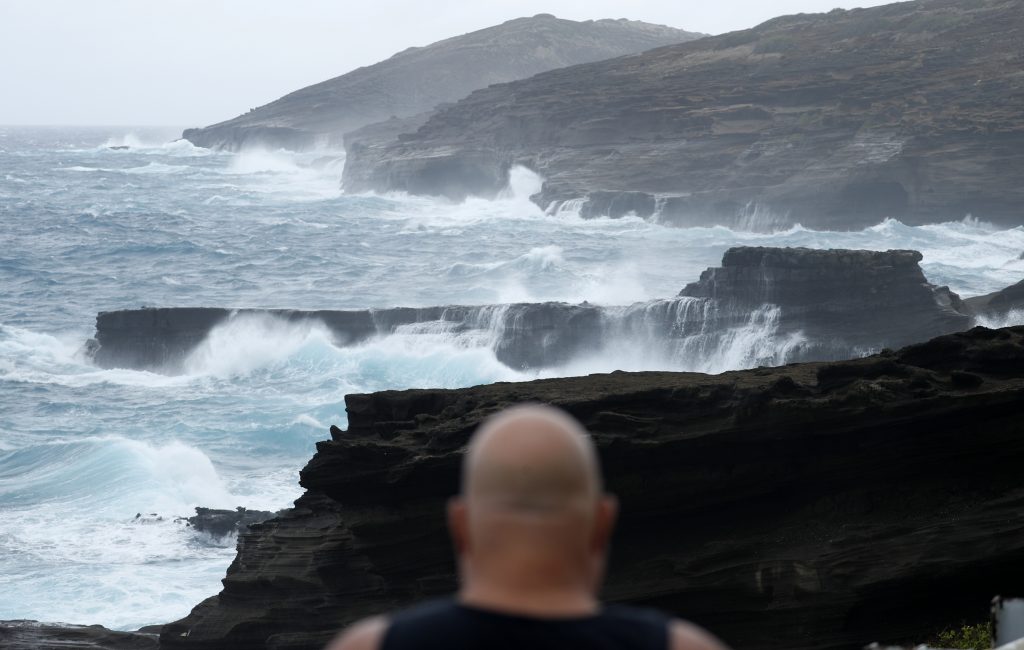 Hurricane Lane, which collapsed in spectacular fashion as it drew close to Hawaiian Islands, could have been much worse. Had it held together and edged slightly farther north, severe rain, wind, and surf would have bombarded Oahu and Maui. Instead, those islands were grazed.

Even so, bands of torrential rain repeatedly slammed into the Big Island’s eastern half over a period of five days. The total amount of rain, measured in feet, soared to historic levels: 51.53 inches were measured on Mountain View, about 15 miles southwest of Hilo.

This preliminary total ranks as the third highest for a tropical storm or hurricane in the U.S. since records began in 1950, according to the National Weather Service office based in Honolulu.

Hurricane Harvey, which engulfed Southeast Texas a year ago with a maximum rainfall of 60.58 inches, and Hurricane Hiki, which unloaded up to 52 inches on Kauai in 1950, are the only two wetter storms.

Mountain View was not the only recipient of extreme rainfall from Lane. Several other mountain locations on the east side of the Big Island also logged totals over 40 inches.

Even locations near sea level were deluged by extreme rainfall amounts. Hilo Airport reported 36.76 inches of rain between Aug. 22 and 25, its wettest four-day period on record.

The torrent resulted in “significant flash flooding” on the northeast and east facing mountain slopes of the island, the Weather Service said. The rains forced multiple evacuations and water rescues, and closed several roads.

While over three feet of rain fell in Hilo, Kona on the island’s west coast only received about an inch. The east-facing mountains near the island’s center, which climb to nearly 14,000 feet in elevation, tend to intercept and squeeze out most of the moisture from incoming rainbands. Locations on the downwind side of the mountains sit in a rain shadow, and are blocked from getting much rain.

Although the heaviest rain by far, occurred on the Big Island, a few locations on Maui also posted hefty totals, ranging from 8 inches to two feet.

Lane has moved safely away from the islands, but long-range forecast models Hawaii will need to keep a close eye on the tropics. It has a been a very busy season for storms in the northeast and north central Pacific Ocean and long-range models show the potential for more activity.

The latest storm to form in the northeast Pacific Ocean, Tropical Storm Miriam, is not expected to threaten the islands. While it is forecast to strengthen into a hurricane, it should pass well to the north of Hawaii.