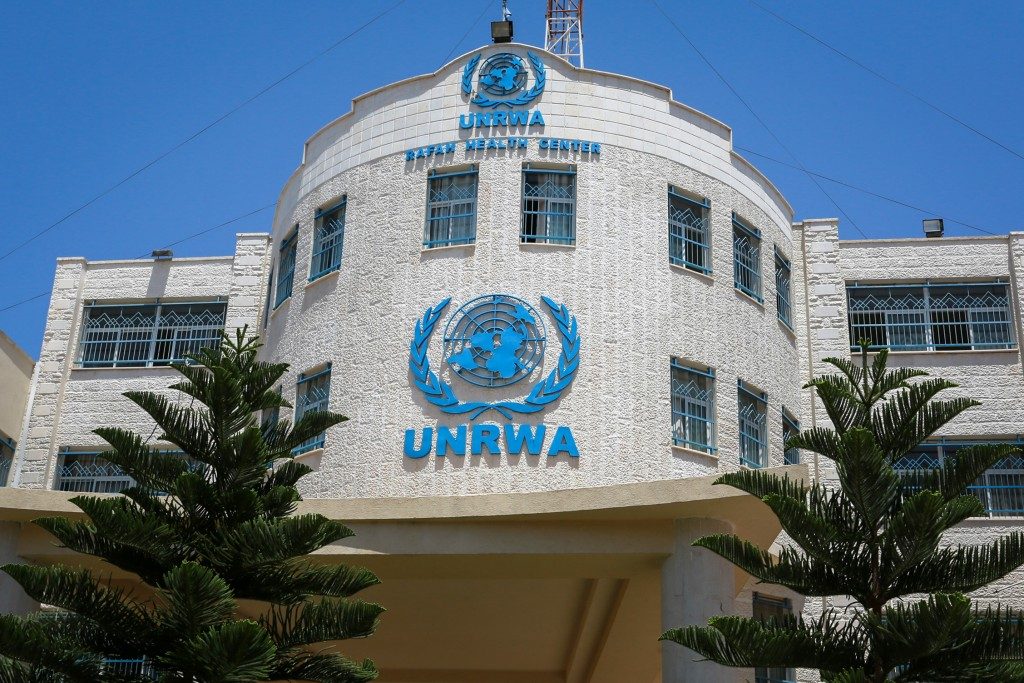 Get real. That’s the Trump administration’s message to the Palestinians.

Yerushalayim is the capital of the Jewish people, going back thousands of years. The western part of the city is the seat of the Knesset and of most government ministries. The notion that it was somehow negotiable, and therefore the United States should withhold recognition of it as Israel’s capital, was finally dispelled by the current administration.

Palestinians have no right to U.S. economic assistance, but U.S. taxpayers have every right to stipulate how their aid money is spent. And they certainly don’t want it to go to a regime that encourages terrorism by paying terrorists and their families monthly stipends. Congress gave expression to this feeling when it passed the Taylor Force Act in March, requiring the administration to freeze aid to the Palestinian Authority unless it halts its pay-for-terror program.

“This decision takes into account the challenges the international community faces in providing assistance in Gaza, where Hamas control endangers the lives of Gaza’s citizens and degrades an already dire humanitarian and economic situation,” a State Department official said.

In other words, the United States is entitled to get value for its money. There is no point in giving $200 million to the Palestinians if (a) it doesn’t advance the peace, because they’re playing the role of the “offended party” and refusing to meet Vice President Mike Pence or Trump envoys, and (b) the money won’t go to humanitarian causes anyway because of terrorist rule in Gaza.

To have given the Palestinian Authority $200 million that was earmarked for “good governance, health, education, and funding for civil society” would have been an insult to the American taxpayer and a reward to Palestinian belligerence.

These moves are not meant to punish the Palestinian people but to signal their unelected leaders (the terms of those who were elected have long since expired) that the U.S. funds come with strings attached. That’s reality. The funds are not the private slush funds of corrupt leaders, and are not to be spent to encourage terrorism.

The Get Real message is also directed at the Palestinian refugee myth and the expensive machinery that propagates it. In January, the White House announced that it was withholding $65 million in assistance to UNWRA (The United Nations Relief and Works Agency for Refugees), which was set up in 1949 for Palestinian refugees.

UNWRA is not only a waste of money – there was already a U.N. High Commission for Refugees that has helped tens of millions of displaced persons since World War II – but a serious obstacle to peace. That’s because it grants refugee status not only to the Palestinians who left or fled Israel with the establishment of the state in 1948, estimated in the low tens of thousands, but to all their descendants, swelling the number to five million.

This inflated figure, combined with the Palestinian insistence on the “right of return” to Israel, spells the end of a Jewish state, chalilah, and is a non-starter for any Israeli government, no matter how leftist.

According to a report on Israel’s Hadashot News, the Trump administration is to take another step toward disabusing the Palestinians of dangerous illusions by officially rejecting their claim of a “right of return.”

As expected, the Palestinian leadership is reeling at the Trump administration’s Get Real policies. They’re used to getting away with murder, literally and figuratively. They’re used to intelligent people from the West nodding along with their outrageous claims that the Jewish people have no historic or religious connection to Yerushalayim and Eretz Yisrael.

The administration’s policy is not a punishment, as PLO Executive Committee member Dr. Hanan Ashrawi claims. Nor is it “blackmail,” an attempt to get the Palestinians to abandon their demand for eastern Yerushalayim as the capital of a future Palestinian state, as the Palestinian Authority argues.

It is the only realistic path to peace.

As long as the Palestinians hold on to the illusion that they will be able to flood Israel with five million “refugees”; as long as they feel that foreign aid is an entitlement, not something they have to earn by acting responsibly; as long as they are convinced that they can punish Israel by simply refusing to negotiate, thereby denying it recognition of Yerushalayim as its capital, there will be no peace.

In the short term, the Palestinian people will suffer from the cut, and that is deeply regrettable. But tough measures taken now by the administration are the only hope for bringing them a new leadership that is truly committed to “good governance, health, education, and a civil society,” which is what the American people want to buy for the Palestinians with their aid money.