Israel Abbas Doubles Down on Opposition to Ceasefire Deal
Israel 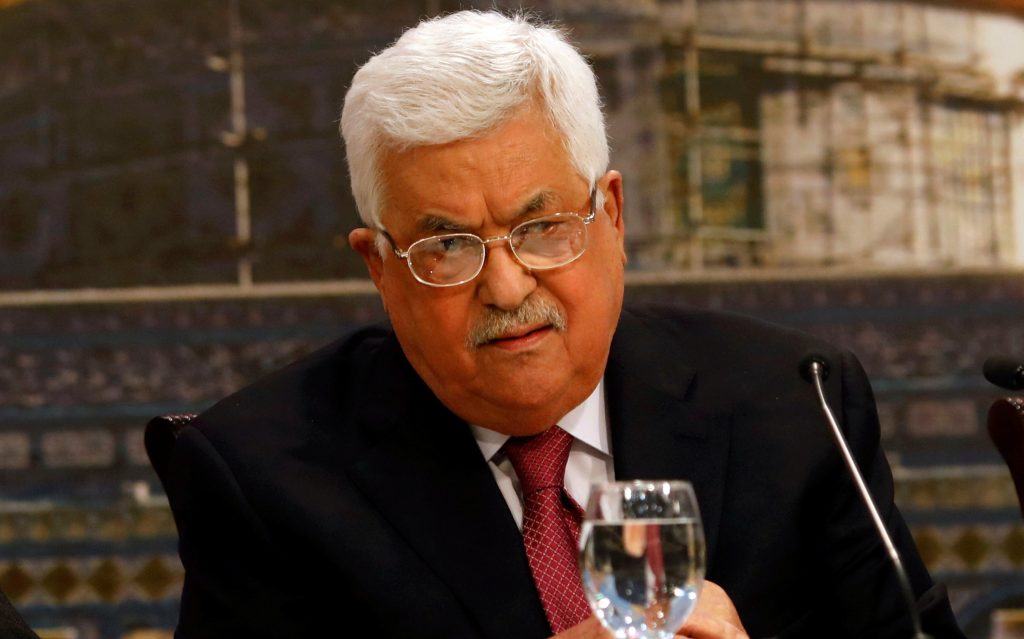 Palestinian Authority chief Mahmoud Abbas has doubled down on his opposition to the brewing ceasefire agreement between Israel and Hamas. A PA source told Channel Ten Tuesday that at a meeting of PA officials a day earlier, Abbas said that “there will be a ceasefire agreement only over my dead body.” Any agreement by Hamas without the involvement and permission of the PA, he said, “is illegal and a traitorous act.”

In addition, the PA source said, the part of the agreement that seeks to bring about a detente between Hamas and Fatah “has never seemed more distant.”

The ceasefire agreement is being engineered by U.N. officials and Egypt, who have been brokering indirectly between Israel and Hamas. There have been several rumors regarding what the final version of the deal will entail, but most of those – such as the establishment of a seaport or airport for Gaza, and the release by Hamas of Israelis it is holding – are still said to be up in the air.

According to the source, Abbas is especially angry at Egypt for its role in negotiating a deal without the approval of the PA. “The Egyptians are not reading the political map correctly, and are causing damage to the Palestinian cause. We do not approve of any talks that feature Hamas as an independent entity, as the only reason they are in power in Gaza is because they rebelled against the PA and Fatah,” the source said.

Earlier, PA official Azza al-Ahmad told Arab media that the PA had sent an official letter to Egypt regarding its position on the negotiations. “Fatah based its response on previous agreements between all sides, and the requirement for the return to their previous positions in the government in Gaza of PA officials.” Throughout the negotiation process, the PA has demanded that it be placed in charge of civilian matters in Gaza, replacing Hamas.

A Hamas spokesperson said he saw nothing wrong with the negotiations. “We are not discussing an official peace treaty or a process that will result in our recognition of Israel,” said Abd a-Latif, a Hamas spokesperson. “The resistance will continue as before.” He called on the PA to halt its security cooperation with Israel and to remove sanctions on Gaza.

Talks on the ceasefire between Israel and Hamas were set to restart this week, after a one week hiatus for an Arab festival. Israeli officials quoted by Yediot Acharonot, however, said they were pessimistic that the talks would lead to an actual ceasefire . According to the officials, the gaps between what Israel is willing to give and what Hamas is demanding are too great to be overcome.

The deal being brokered by Egypt and the United Nations is said to include greater liberalization of the shipment of goods into Gaza, in exchange for quiet on the Gaza border. Also said to be on the agenda is the return of four Israelis, held by Hamas, in exchange for the release of Hamas terrorists, and the construction of a seaport and/or airport for Gaza.

If the talks do fall apart, the sources said, Israel would need to prepare itself for more intensive fighting against Hamas, which would probably again fire its missiles at Israel. In the even that happens, the IDF would consider a major operation against Hamas, although a final decision has not been made yet.