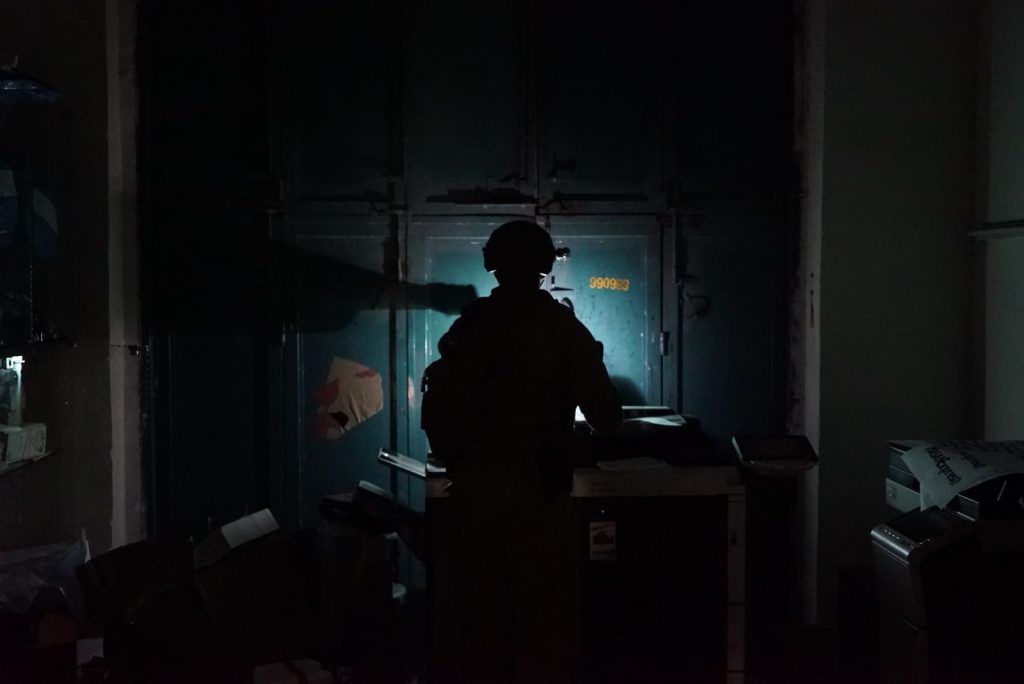 IDF soldiers overnight Sunday seized large amounts of materials that were used for incitement purposes by Arab terrorists in Yehudah and Shomron. The materials were produced by printing presses in Shechem and Chevron, and included flyers urging Palestinian Authority Arabs to riot and attack Israeli soldiers and civilians.

In a statement, the IDF said that the “discovery of these materials once again highlights the unending efforts by terror groups, including Hamas, to expand their activities to Yehudah and Shomron. The raids Sunday night are part of a wide-ranging effort by the IDF to prevent the spread of incitement, which is a direct factor in the committing of and support for acts of terror.”

IDF soldiers overnight Sunday seized terror funds from Arabs in villages in the Chevron area. The money was part of payments made by Hamas and the Palestinian Authority to the families of terrorists for committing terror acts against Israelis, officials said. Weapons for use in terror attacks were also found in the city.