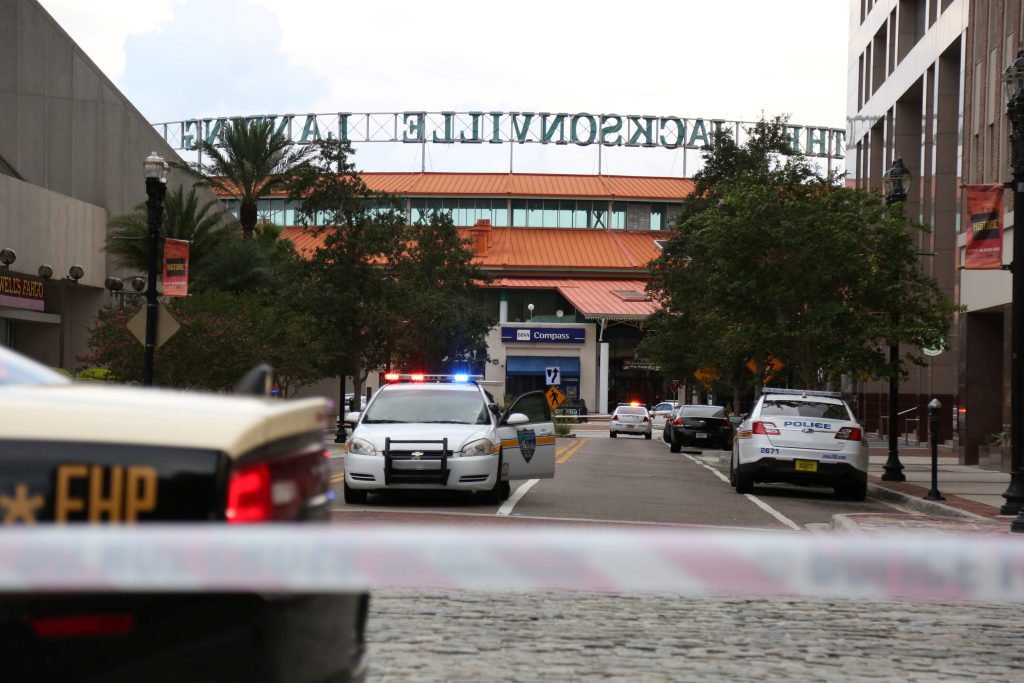 Police on Monday were trying to determine why a gunman opened fire at a Jacksonville, Florida, video-game tournament, killing two people and injuring 11 others before fatally shooting himself.

The Sunday shooting immediately became an issue in Florida primary elections set for Tuesday when voters choose candidates for governor and the House of Representatives. Some Democrats called for stricter gun laws while other candidates canceled events.

The Jacksonville Sheriff’s Office identified the shooter as David Katz, 24, of Baltimore, and said they found his body near those of his two alleged victims at The Landing, a popular riverside shopping and dining location. The shooting broke out during a regional qualifier for an online football game tournament at the GLHF Game Bar, and witnesses told local media Katz was angry because he lost the tournament.

It was not clear if Katz knew his victims.

Local media identified the dead victims as Eli Clayton, 22, of Woodland Hills, California, and Taylor Robertson, 27, of Ballard, West Virginia. Both had been competitors in the tournament, local media reported, citing family of the victims.

Robertson, a husband and father, won the tournament last year and Katz won it the year before, the Miami Herald reported, citing family and friends posting on the internet.

The Jacksonville Sheriff’s office said nine people were wounded by gunfire and at least two others were injured while fleeing the scene. Officials did not respond to calls seeking updated information on Monday.

Sunday’s incident was just the latest mass shooting to occur in Florida in recent years: In February, students and educators were gunned down at a high school in Parkland, and in 2016, a gunman who pledged allegiance to Islamic State killed 49 people at a club in Orlando.

“We need to end these mass shootings – and the only way to do that is to vote out the politicians complicit in this cycle of death,” Graham said on Sunday on Twitter. Levine sounded a similar note, saying, “It’s time for new leaders.”

The bar was livestreaming the gaming competition when the gunfire started, according to video shared on social media. In the video, players can be seen reacting to the shots and cries can be heard before the footage cuts off.

Taylor Poindexter and her friend Marquis Williams, who had traveled from Chicago to attend the tournament, fled when the gunfire erupted. She said she saw Katz take aim at his victims.

“We did see him, two hands on the gun, walking back, just popping rounds,” Poindexter told reporters.

Another gamer, Chris “Dubby” McFarland, was hospitalized after a bullet grazed his head. “I feel fine, just a scratch on my head. Traumatized and devastated,” he wrote on Twitter.