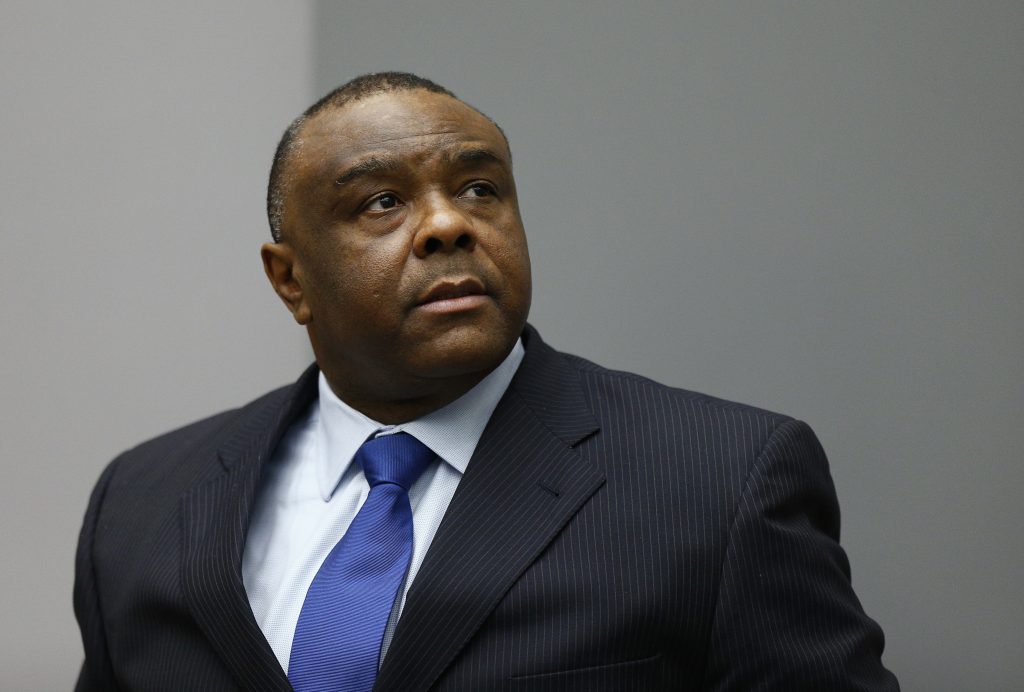 The Democratic Republic of Congo disqualified one of the country’s most popular opposition politicians from running for president.

The decision removes a second key opponent from the race against President Joseph Kabila’s anointed successor and raises the risk of protests by opposition supporters. It also casts doubt on the credibility of the Dec. 23 election in the nation, which hasn’t had a peaceful transfer of power since it gained independence from Belgium in 1960.

The National Independent Electoral Commission, known as CENI, barred Jean-Pierre Bemba because of his conviction by the International Criminal Court for witness-tampering. Kabila’s ruling coalition said last month that Congolese law precludes those found guilty of corruption from running for office.

Bemba can appeal to the Constitutional Court to overturn the decision — his party says witness-tampering doesn’t constitute a crime of corruption. The commission will publish a final list of candidates Sept. 19.

“We will introduce the appeal to the Constitutional Court on Monday,” Michel Koyakpa, a spokesman for Bemba’s party, said by phone. “The law gives 48 hours for candidates to be able to file at the court who think they’ve been wronged by CENI’s decisions.”

An opinion poll published last month by New York University’s Congo Research Group found that Bemba would come third in an election with 17 percent of the vote, behind businessman-turned-politician Moise Katumbi and Felix Tshisekedi, the head of the largest opposition group.

Tshisekedi and Vital Kamerhe, who finished third in the last election in 2011, have been authorized by CENI to participate in the Dec. 23 election.

Congolese authorities refused to allow Katumbi, a former Kabila ally, entry to the country when he attempted to return from two years of self-imposed exile Aug. 3 — five days before the deadline to register as a presidential candidate. All of the leading opposition politicians have since said they’ll consider backing a single candidate in the poll.

The ruling coalition named Emmanuel Ramazani Shadary as its candidate on the last day of registration, ending months of speculation about whether Kabila would seek to extend his 17-year rule and challenge a two-term limit imposed by the country’s constitution.

Bemba, a vice president from 2003 to 2006, was acquitted of war crimes by the ICC in June and returned to Congo Aug. 1 after a decade in detention. He was the presidential candidate of the Movement for the Liberation of Congo, the major opposition party he founded and then headed throughout his incarceration at The Hague.

Bemba finished second to Kabila in a presidential election in 2006 before he was arrested in Belgium two years later and then sentenced by the ICC to 18 years in prison for murders and other crimes committed in the early 2000s in neighboring Central African Republic by fighters belonging to a Congolese rebel group he then led.

Six of 25 presidential aspirants were deemed inadmissible by CENI. In addition to Bemba, three prime ministers who served under Kabila — Antoine Gizenga, Adolphe Muzito and Samy Badibanga — were also stricken from the list.

Congo, the world’s largest cobalt producer and Africa’s biggest copper miner, was supposed to hold elections in 2016, but CENI did not organize them on time.