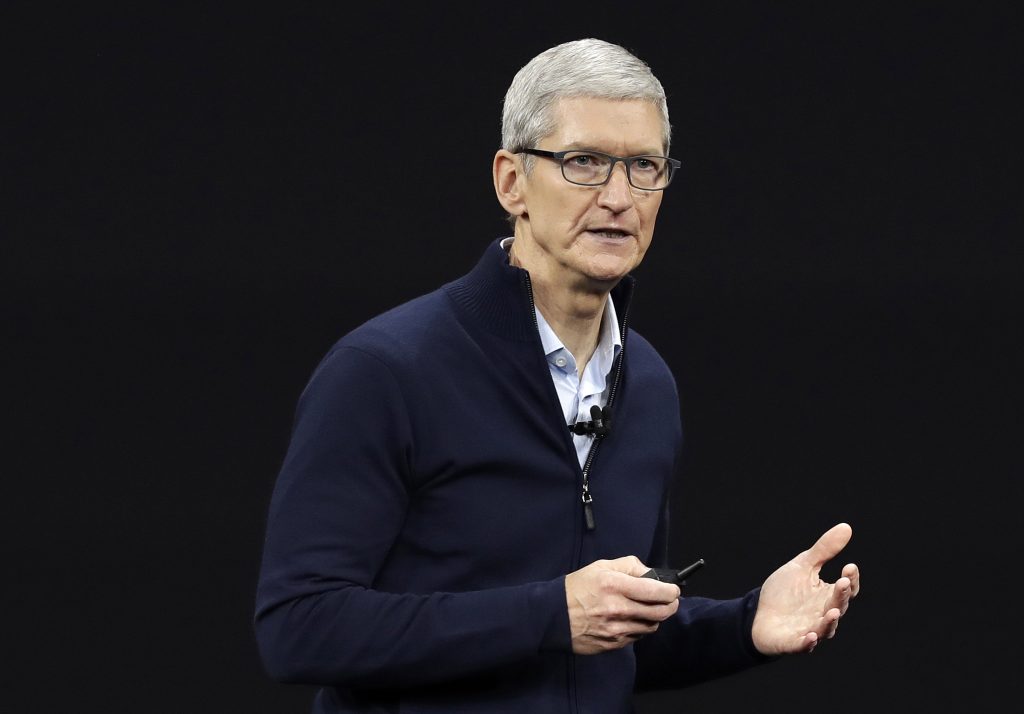 Technology executives — including Apple CEO Tim Cook and Salesforce co-CEO Marc Benioff — have urged the government to back off on tightening immigration policies for foreign workers following aggressive talk from the nation’s immigration chief.

U.S. Citizenship and Immigration director Francis Cissna, talking to a group pushing for reductions in numbers of foreign workers and immigrants, cited “all sorts of fraud and abuse” in the H-1B program that many Silicon Valley companies rely on for highly skilled workers and “across all these programs.”

The H-1B visa, intended for foreign workers doing specialized jobs, has become a flashpoint in the immigration debate, with firms arguing it should be expanded beyond the annual 85,000 new visas so they can acquire the world’s top talent, and critics pointing to reported abuses and asserting the visa is used to replace Americans with cheaper, foreign workers.

Cissna said he wanted elected representatives to take action on the H-1B.

“I would really love it if Congress would just pass a one-sentence provision that would just prohibit American workers in being replaced by H-1B workers,” Cissna said in a talk last week to the Center for Immigration Studies, at the National Press Club in Washington, D.C.

Cissna outlined actions his agency has taken — some to satisfy President Donald Trump’s call for better screening of immigrants, he said — to crack down on potential abuse of the immigration system. Citizenship and Immigration has expanded visits to sites where workers on H-1B and other visas are employed, for example “to see if the worker is really there, to see if the business really exists,” he said.

The agency also changed tactics in checking up on immigrants’ claims, interviewing more people on employment-based green cards after historically focusing on those with marriage-based green cards, Cissna said.

U.S. businesses employing foreign workers have been scrambling to push back against changes to U.S. immigration policy that have flowed from Trump’s April 2017 “Buy American and Hire American” executive order.

The CEOs attacked what they called “inconsistent government action and uncertainty,” saying it “undermines economic growth and American competitiveness and creates anxiety for employees who follow the law,” according to Fortune, which published a copy of the letter.

The letter also contained a warning about the administration’s proposed work prohibition for spouses of H-1B holders.

“These spouses are often highly skilled in their own rights and have built careers and lives around their ability to contribute to companies here,” the CEOs said. “Other countries allow these valuable professionals to work, so revoking their U.S. work authorization will likely cause high-skilled immigrants to take their skills to competitors outside the United States.”

Inconsistency on immigration policy will deter foreign citizens from attempting to move to the U.S., the CEOs wrote.

“Few will move their family and settle in a new country if, at any time and without notice, the government can force their immediate departure – often without explanation,” they said in the letter. “As the federal government undertakes its legitimate review of immigration rules, it must avoid making changes that disrupt the lives of thousands of law-abiding and skilled employees, and that inflict substantial harm on U.S. competitiveness.”

In his talk, Cissna suggested a more comprehensive immigration crackdown is coming.

“On the things we’re doing on H-1Bs and all that, the worker visas, we haven’t really done that much yet,” Cissna said. More investigative interviews are “almost certainly” on the horizon, he indicated.

“So you could have a person here for a dozen years and we never talk to them,” he said. “I don’t think that’s prudent.”