Business AUTO REVIEW: 2019 Honda Pilot Gets a Thumbs Up
Business 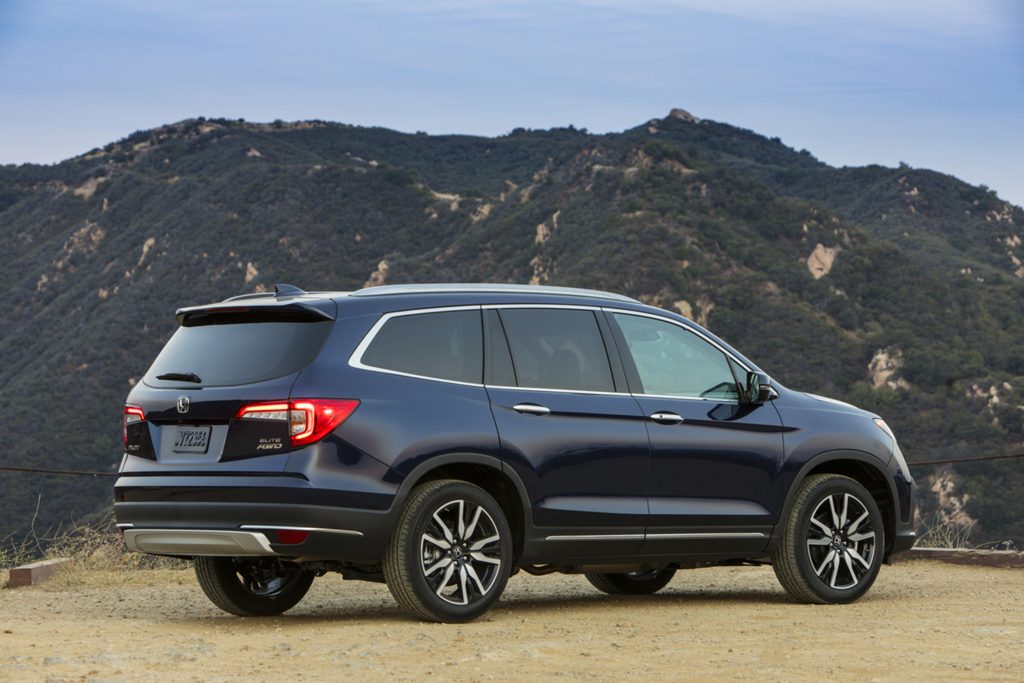 For many, living in Florida means living in a neighborhood with high walls and gated entrances. The neighborhood I live in is no different. To get past the gate, you must have a sticker affixed to the side window of your car. A device reads it as you drive by, and the gate opens. As far as stickers go, it’s quite beneficial. It’s like the one on a car windshield that shows your car has passed its state inspection; it helps you avoid a citation. Similarly, the sticker on your front window that warns burglars that you’ve got an alarm system is helpful, but you have to wonder how they got over the wall or past the gate.

But other stickers are pointless, such as the new one that Honda places on the hood of the 2019 Honda Pilot. It’s meant to inject a rugged sporty attitude to this three-row crossover, along with updated front and rear fascias. But while the facelifted truck looks great, the sticker on the hood looks silly. This is, after all, a family hauler, and all the stickers in the world can’t disguise its mission.

Honda should be secure. Pilot sales are up 38 percent year-to-date, and it’s sold out for last couple years due to capacity constraints. Officials explain that the styling updates are meant to make the Pilot look more like an SUV and telegraph its off-road ability. That’s a tall order for a vehicle that shares its underpinnings with the Odyssey minivan, along with much of its driving feel. It also added some of the minivan’s family-friendly features, like a Blu-Ray rear entertainment system and CabinTalk, which lets you talk to rear-seat passengers through their wireless and wired headphones. If they’re watching a video on the Blu-ray player, CabinTalk pauses the video. Sounds like the perfect rugrat wagon. But is it an SUV?

While you contemplate that, some housekeeping:

The Pilot comes in ascending LX, EX, EX-L, Touring and Elite trims. All have seating for eight except for the Elite, which has second-row captains chairs, although they are available on the Touring.

All Pilots are powered by Honda’s familiar single-overhead-cam 3.5-liter V-6 rated at 280 horsepower. LX, EX and EX-L models have a six-speed automatic transmission; Touring and Elite trims get an updated nine-speed automatic. Both front-wheel and all-wheel drive is offered on all trims except the Elite, which gets standard all-wheel drive. The test model featured selectable drive modes, which Honda calls Intelligent Traction Management, offering normal, snow, sand and mud modes. While few Pilot owners will ever venture off-road, ITM brings more capability than you’d expect for venturing into the forest primeval. A quick spin through sand, over moguls and across unimproved ground showed the Pilot to be capable. While not meant for extreme boulder-bashing, the Pilot’s all-wheel-drive system employs torque vectoring control, which can send 70 percent of the engine’s torque to the rear wheels and 100 percent to the left or right rear wheel.

While the engine remains unchanged, power is strong. Towing is rated at 3,500 pounds, which increases to 5,000 pounds with the towing package. Yanking 4,000 pounds of trailer and toys proves to be easy. When trailering uphill, the transmission stays in gear, and doesn’t hunt, which makes driving with a trailer easier and more pleasant. When not towing, the nine-speed transmission shifts unobtrusively and always seems to be in the right gear, without hunting indecisively between gears.

The throttle takes noticeably more effort to actuate than the incredibly light brake pedal, which has some travel before the brakes engage, and when they do, they’re very sensitive. Once used to it, the Pilot proves easy to drive smoothly while delivering a compliant ride and agile handling.

It’s enhanced by a comfortable driving position with supportive seats that are not too soft or too hard. The roomy cabin has good head and leg room and is fairly quiet at speed.

The redesigned infotainment interface is far more attractive than the previous one, It’s easy to use, and includes Apple Car Play and Android Auto. A 4G LTE-based Wi-Fi hotspot is optional. A new CabinControl app, available on all models except the LX, allows passengers to use their smartphones to control many Pilot features, including the audio system, Rear Entertainment System, and rear climate control. Any connected phone can also look up an address and send it to the navigation system. Finally, wireless smartphone charging is standard on Elite models and available as a dealer-installed accessory on EX, EX-L and Touring trims.

So while Honda may have thought stickers would enhance the 2019 Pilot’s sporting image, it’s the vehicle’s enhanced family friendliness that makes it a leader in its segment.

Perhaps the sticker that should go on the hood is a thumbs-up.