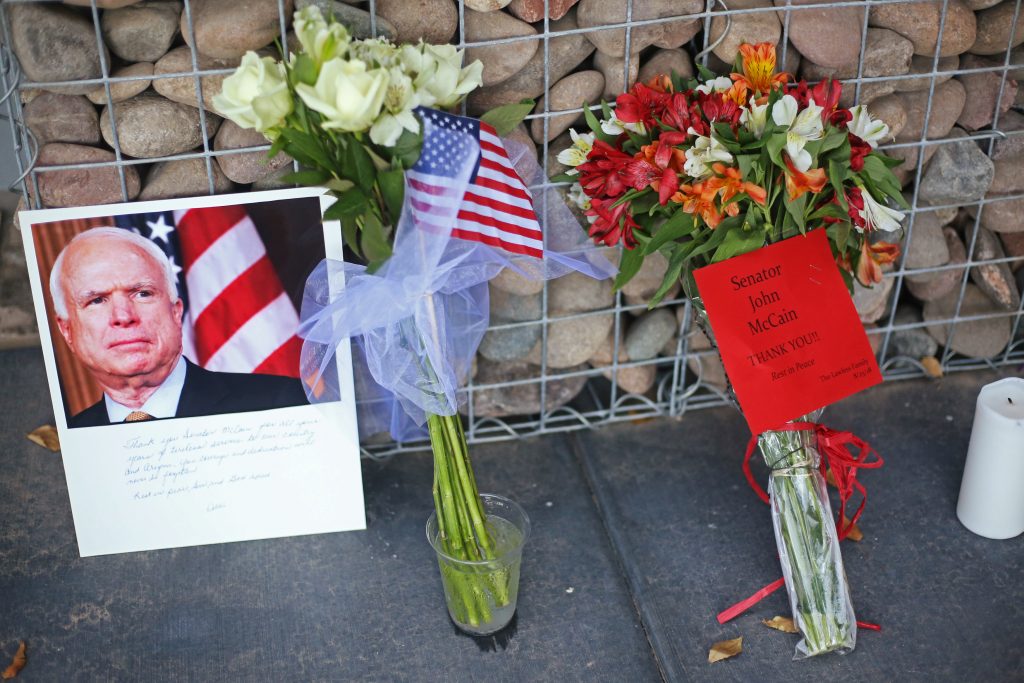 Arizona Gov. Doug Ducey will not announce a replacement for the late Sen. John McCain until he is laid to rest, a spokesman for the governor said Sunday.

McCain, who died Saturday at age 81 after a year-long battle with brain cancer, will be buried at the U.S. Naval Academy Cemetery in Annapolis. But the timing of the six-term Republican senator’s funeral isn’t yet known.

“Out of respect for the life and legacy of Senator John McCain and his family, Governor Ducey will not be making any announcements about an appointment until after the senator is laid to rest,” said Daniel Ruiz, a spokesman for Ducey. “Now is a time for remembering and honoring a consequential life well lived.”

Ducey said on Twitter that McCain will lie in state in the Arizona Capitol in Phoenix on Wednesday, which would have been the senator’s 82nd birthday. Congressional leaders in Washington have said that he would lie in state in the U.S. Capitol Rotunda, though the timing was uncertain.

State law requires Ducey to appoint someone from McCain’s party to fill the seat. The governor, a Republican who is running for re-election this year, has ruled out naming himself. But he has otherwise remained silent on the decision.

McCain’s successor is likely to serve until the 2020 general election, because the senator died after the deadline to file for the midterm elections in November.

Ducey favors appointing someone who could hold on to the seat, a Republican strategist familiar with the governor’s thinking told The Washington Post earlier this year.

The state is already in the midst of a contest to replace its junior senator, Republican Jeff Flake, who is retiring. The primary is Tuesday.