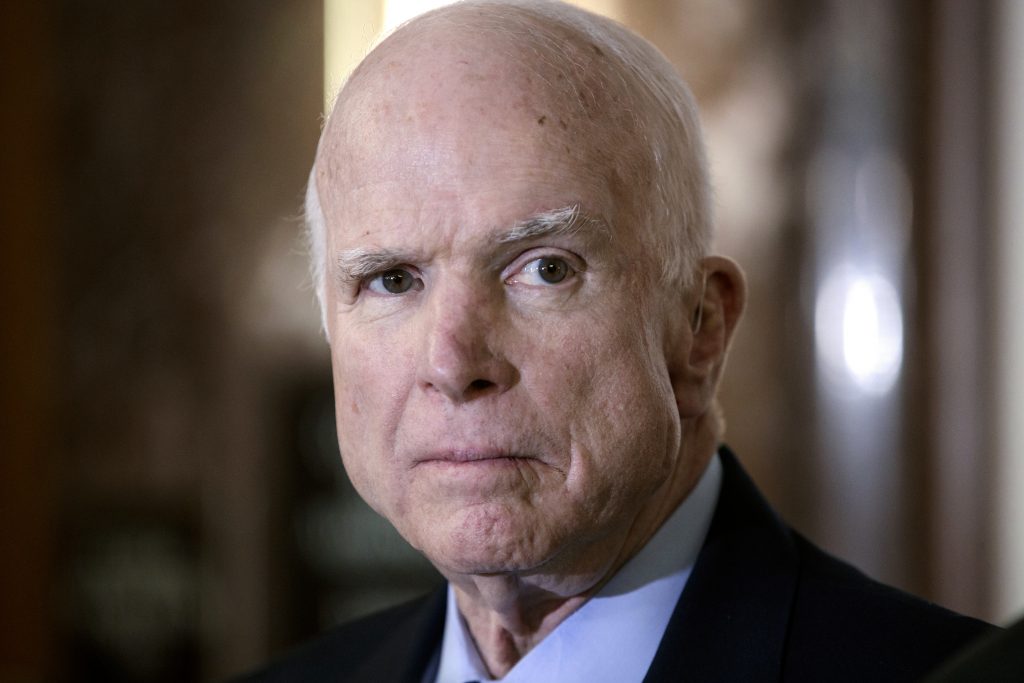 In a statement, McCain’s family said he has surpassed expectations for his survival, but “the progress of disease and the inexorable advance of age render their verdict.” The family added: “With his usual strength of will, he has now chosen to discontinue medical treatment.”

The family said it is immensely grateful for the support and kindness shown by McCain’s caregivers and for the outpouring of concern and affection by thousands of people.

The 81-year-old McCain is in his sixth term representing Arizona. He has been away from the Capitol since December.