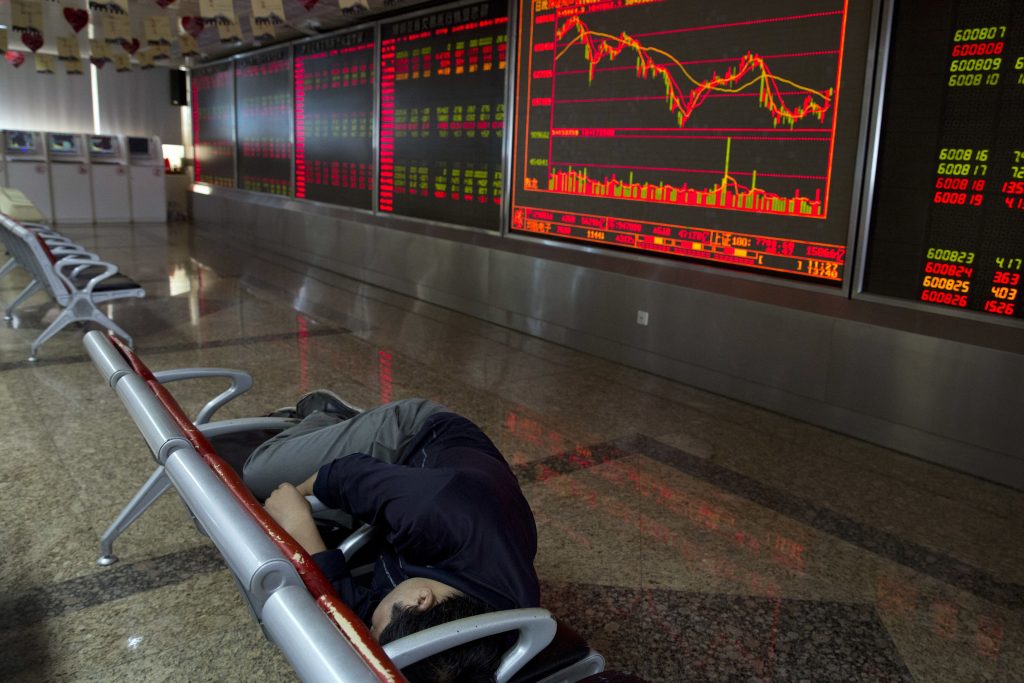 The dollar fell on Friday, set for its biggest weekly decline since March as markets braced for a speech by Federal Reserve chair Jerome Powell for hints on the direction of monetary policy, while a gauge of global stocks barely budged.

The MSCI All-Country World index, which tracks shares in 47 countries, barely managed to keep in the black, as markets in Europe opened mixed. Most major bourses in Europe registered gains of 0.1- percent apiece, although the exception was Britain’s FTSE100 index, which fell 0.1 percent.

The dollar index against a basket of six major currencies stood at 95.516, down 0.2 percent on the day.

The U.S. currency took a hit this week after President Donald Trump said he was “not thrilled” with the Federal Reserve under his own appointee, Chairman Jerome Powell, for raising interest rates.

Analysts said growing U.S. political uncertainty, reinforced by the criminal convictions of two of Trump’s ex-advisers this week, was keeping the dollar under pressure, despite the United States embarking on greater monetary tightening than elsewhere.

“In the current state of the U.S. political system, that is dominated by doubts in the system of checks and balances, remnants of U.S. dollar negativity remain,” said Commerzbank analyst Ulrich Leuchtmann.

Powell is due to give a speech later in the day at the Jackson Hole, Wyoming, conference of central bankers. Where he stands on the pace of interest rate hikes will be scrutinized after minutes from the Fed’s most recent policy meeting indicated the central bank would tighten monetary policy soon.

The Fed should raise rates further this year and probably next year as well, despite Trump’s opposition to tighter policy, Kansas City Fed President Esther George said in interviews aired on Thursday.

Elsewhere in currencies, the Australian dollar was the biggest mover, gaining half a percent on the day after the ruling Liberal party voted in a new leader.

Earlier in Asia, stocks fell after U.S.-China trade talks ended without any progress. MSCI’s broadest index of Asia-Pacific shares outside Japan shed 0.25 percent. It was still up about 1 percent on the week.

The S&P 500 shed 0.17 percent overnight to pull back slightly from a record high scaled midweek, with industrial shares sagging after the United States and China imposed a fresh round of trade tariffs on each other.

Shares of industrial giants Caterpillar Inc. CAT.N and Boeing Co. BA.N, bellwethers of trade confidence, were among the biggest drags on the Dow, which lost about 0.3 percent. Caterpillar shares fell 2.0 percent, and Boeing shares fell 0.7 percent.