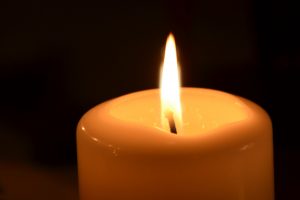 Harav Zvi Yissachar Dov Katz, zt”l, Rav of the Dushinsky beis medrash in Williamsburg, a renowned talmid chacham and oved Hashem, was niftar this Thursday night. He was 70 years old and had been suffering from illness for the last two years.

The late Rav was the son of Harav Asher Shmuel Katz, zt”l, Dziboy Rav, and son-in-law of the Dushinsky Rebbe, zt”l.

In his youth, he learned in the Satmar yeshivos, later to become a close talmid of the Satmar Rebbe, zy”a.

When he came of age, Rav Berel, as he was fondly known, married, tblch”t, Rebbetzin Sarah Elka, the daughter of Harav Yisrael Moshe Dushinsky, zt”l, Gaavad of the Eidah Chareidis in Yerushalayim and Dushinsky Rebbe.

After their wedding, the couple remained in Eretz Yisrael for several years. During this time, the Rav developed an exceptionally close bond to his father-in-law.

Reb Berel was later appointed Rav and Rosh Yeshivah of the Dushinsky community in Williamsburg. Rav Katz led his community with a high hand and the members of the community greatly admired him. The Rav became one of Williamsburg’s most valued Rabbanim.

The Rav had been suffering from an illness for the last two years. Many tefillos were held on behalf of Harav Zvi Yissachar Dov ben Chayah Rochel, but the gezeirah was sealed and he was niftar overnight Thursday.

His levayah is to be held Friday at 10 a.m. from his beis medrash in Williamsburg and from there to Kiryas Yoel, where he will be buried.

The Rav is survived by, ybl”c, his wife, sons, daughters, as well as by many grandchildren.