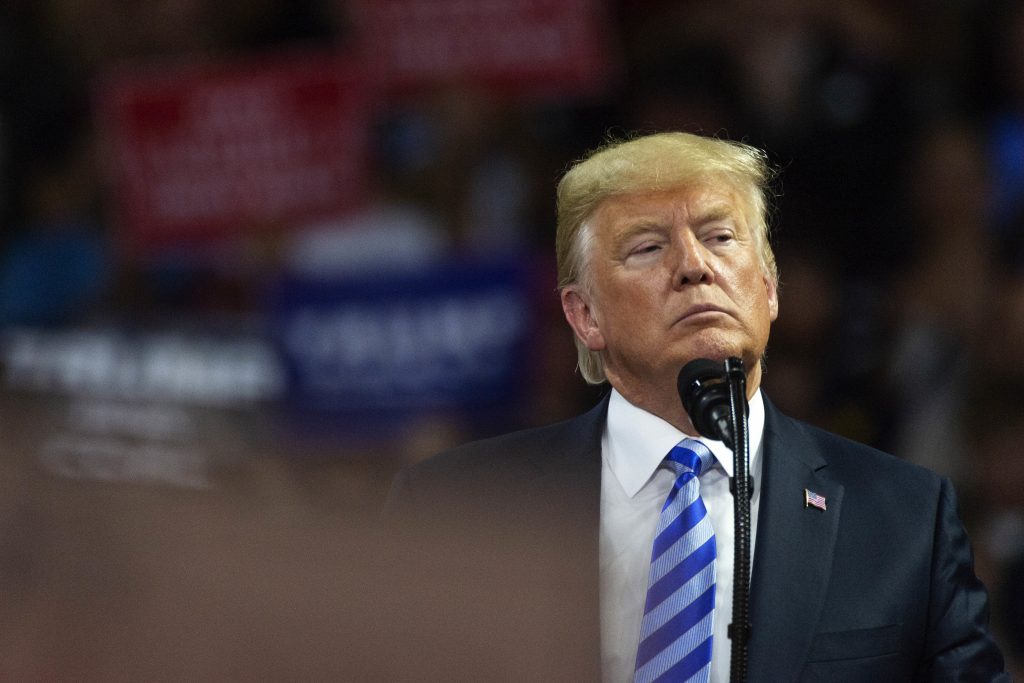 President Donald Trump said Thursday that he believes the economy would tank if he were to be impeached.

Trump was asked in an interview on Fox if he believes Democrats will launch impeachment proceedings if they win the House this fall, as many suspect.

He replied, “If I ever got impeached, I think the market would crash. I think everybody would be very poor.”

Trump said that Americans would see economic “numbers that you wouldn’t believe in reverse.”

But Trump also expressed doubt that that would ever happen.

He said, “I don’t know how you can impeach somebody who’s done a great job.”

In the interview, the president also suggested that it should be illegal for people facing prosecution to cooperate with the government in exchange for a reduced sentence.

Trump was reacting to the guilty plea entered by his former lawyer, Michael Cohen, to a range of charges.

He also distanced himself from Cohen, in the wake of the latter’s guilty plea to eight charges, including campaign finance violations that Cohen says he carried out in coordination with Trump.

Trump described Cohen as a “part-time attorney.” And Trump also suggested that Cohen’s legal trouble stemmed from his other businesses, including involvement with the New York City taxicab industry.

Trump said that Cohen decided to offer “lies” about Trump to reduce Cohen’s own legal exposure.