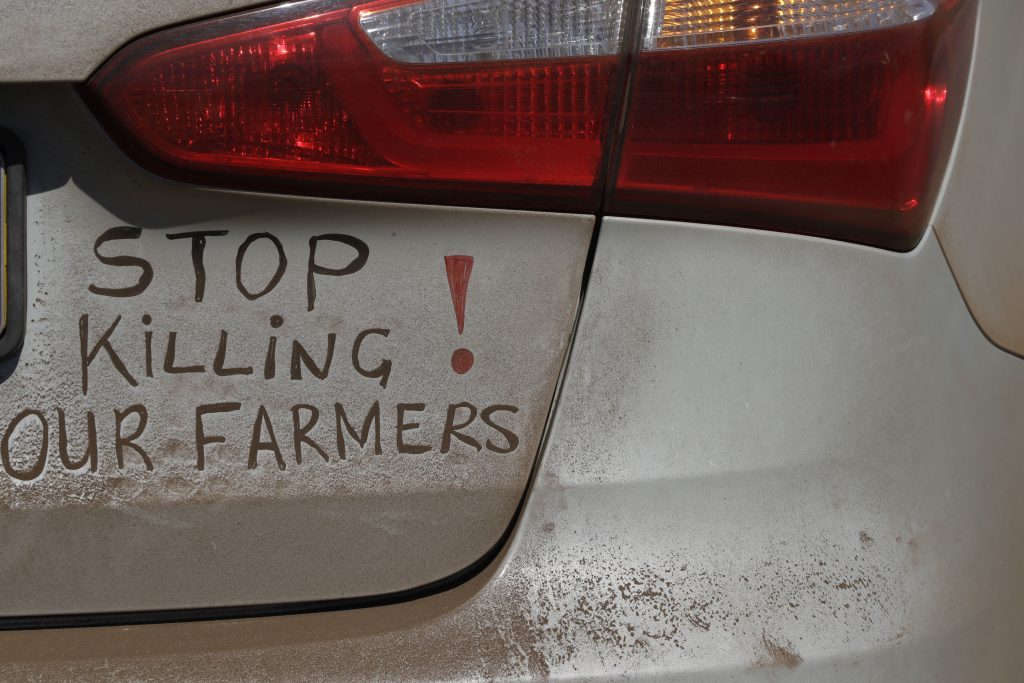 South Africa’s government lashed out at President Donald Trump on Thursday after he tweeted that his administration would be looking into alleged seizures of white-owned farms and the “large scale killing of farmers” in the country, an assertion it said was false and “only seeks to divide our nation and remind us of our colonial past.”

South Africa is in the throes of a racially charged national debate over land reform, a lawful process that seeks to correct the legacy of decades of white minority rule that stripped blacks of their land. Today, nearly a quarter-century after the first democratic elections, black South Africans comprise 80 percent of the population but own just 4 percent of the country’s land, according to the government.

Though the ruling African National Congress has pledged to close that gap, progress has been slow. In July, President Cyril Ramaphosa said his party would amend the constitution so the state could expropriate land without compensation to speed up the land reform process, but that has not yet happened and no land has been seized.

Trump’s tweet followed a segment on Fox News on Wednesday in which host Tucker Carlson claimed Ramaphosa had already started “seizing land from his own citizens without compensation because they are the wrong skin color,” calling the alleged seizures “immoral.”

The government said Trump’s tweet was based on “false information” and reflected a “narrow perception which only seeks to divide our nation and reminds us of our colonial past.” It called a meeting with officials at the U.S. Embassy as it sought to clarify Trump’s remarks.

Though no land seizures have occurred, the prospect has sent panic through some white farming communities who worry the policy will strip them of their land, cause land prices to plummet or make them the target of potentially violent land seizures.