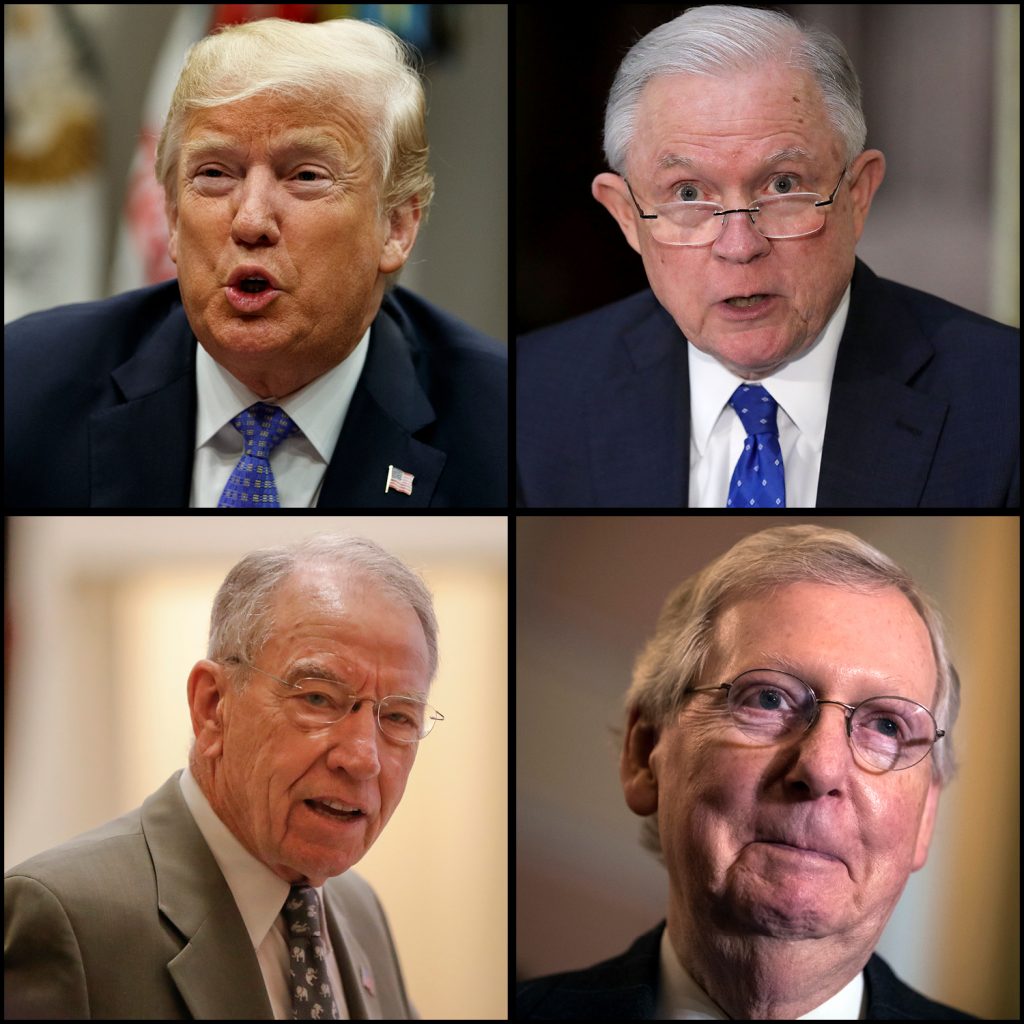 Federal prison-reform legislation will be delayed at least several months, as the White House is withholding its support due to concerns over splintering the Republican Senate caucus as it gears up for what could be a bruising confirmation battle over President Donald Trump’s nominee for Supreme Court justice.

The administration’s decision to shelve the bill until after November’s midterm elections was reached at a meeting Thursday between President Donald Trump and Attorney General Jeff Sessions, a source familiar with the legislation told Hamodia. But the White House says it still supports the bill, and is determined to see it passed in the coming months.

The legislation passed the House overwhelmingly in May. Under the bill, known as the FIRST STEP Act, most white-collar federal prisoners considered to be at low risk of re-offending could earn significant time off their sentences for participating in rehabilitation programs while in prison, and earn more time off for good behavior. The act would also allow prisoners who are at least 60 years old and have served two-thirds of their sentence to serve the remainder in home confinement. Finally, the act would improve conditions of incarceration, such as by increasing prisoners’ phone access and allowing for additional visitation time.

The FIRST STEP Act passed the House 360-59, with significant majorities of both parties, including the parties’ leaderships. While the prison reforms (known as “back-end”) were supported nearly universally, those who voted No were mostly Democrats who wanted the bill to also include sentencing reforms (known as “front-end”) to the mandatory minimum sentences for drug offenders.

But front-end reform posed a thornier political challenge, as it was opposed by some conservative Republicans. While the bill easily would have passed the Senate, Republican Majority Leader Mitch McConnell was reluctant to bring to a floor vote any bill that would splinter his party. Moreover, while Trump advisor Jared Kushner is among the staunchest proponents of reform legislation, the White House had indicated that it would only support back-end legislation at the current time.

However, proponents of front-end reform had a powerful Republican advocate: Iowa Sen. Charles Grassley, who chairs the Judiciary Committee, through which the bill would have to pass — as would the most important committee vote facing the Trump administration now: the confirmation of Brett Kavanaugh as U.S. Supreme Court justice.

Following Trump’s nomination of Kavanaugh last month — for which Republicans, holding just 51 Senate seats including the ailing John McCain’s, will need literally every vote they can get — the Judiciary Committee chairman was in position to make demands of the White House, and Grassley made it clear that passage of a bill including front-end reforms was a major priority. And the White House listened.

Confident that the White House would bend, Grassley began drafting compromise legislation with several front-end reforms for drug offenders. High-ranking Democratic Sen. Richard Durbin voiced support for the compromise, and with the exception of a few left-wingers who felt the front-end reforms didn’t go far enough, the bill had solid Democratic support.

The act was being championed by Republicans including Sens. Mike Lee, Lindsay Graham and Rand Paul, and had the support of almost the entire caucus. But it was still unacceptable to a small handful of conservative Republicans, including Sens. Tom Cotton, David Perdue and John Kennedy. And it had a powerful opponent in the White House: Attorney General Sessions.

Early on, the White House had made clear that it would favor Kushner’s support of the bill over Sessions’ opposition. But the source familiar with the legislation says that Sessions worked behind the scenes, pushing Cotton and Perdue, as well as the National Association of Assistant United States Attorneys, to fight the bill.

And McConnell was still warning against putting forward a bill that would splinter the party.

Finally, a previously scheduled meeting to discuss the bill was held Thursday between, among others, Trump and Sessions — shortly after Trump had bashed Sessions on Fox News saying he “never took control of the Justice Department,” and Sessions responded with a statement that “the actions” of the DOJ “will not be improperly influenced by political considerations.”

The bill’s advocates believed that at least some form of legislation would have been supported by the White House, leading to release of the bill’s text as soon as Friday. But at Thursday’s meeting, Trump finally said that he would not support the bill before midterm elections, as Republicans needed to stay united before the Kavanaugh vote.

McConnell’s arguments had seemingly won the day. But the White House has assured Grassley that the bill would be a priority following midterm elections.

Justice Department spokeswoman Sarah Isgur Flores said: “We’re pleased the president agreed that we shouldn’t support criminal justice reform that would reduce sentences, put drug traffickers back on our streets, and undermine our law enforcement officers who are working night and day to reduce violent crime and drug trafficking in the middle of an opioid crisis.”