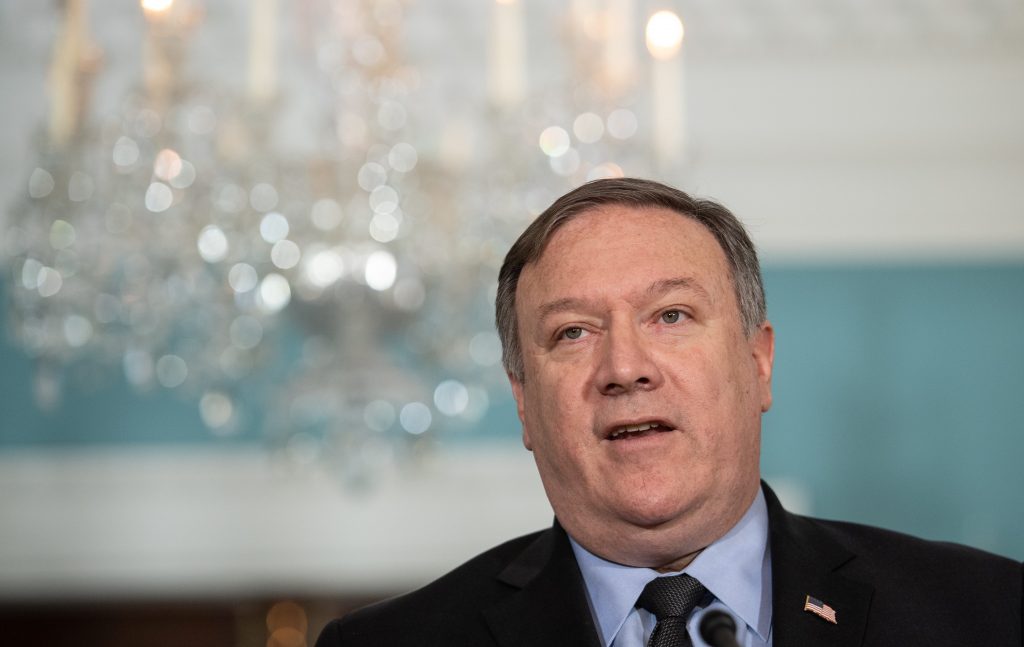 Secretary of State Mike Pompeo on Thursday appointed a senior executive with Ford Motor Co. to be his special envoy for North Korea and said the two would visit Pyongyang next week.

Pompeo announced that he had chosen Stephen Biegun to handle day-to-day negotiations with the North over dismantling its nuclear weapons program. Pompeo has been leading the effort for President Donald Trump and has already made three trips to Pyongyang since April, although there have been few visible signs of progress in the talks.

Pompeo said he and Biegun would be traveling to North Korea “to make further diplomatic progress toward our objective” of its full, final and complete denuclearization. Pompeo offered no other details about the trip.

In brief remarks to reporters at the State Department, he and Biegun both noted that North Korean leader Kim Jong Un had pledged to denuclearize in his historic meeting in June with Trump.

“The issues are tough and they will be tough to resolve,” Biegun said. “But the president has created an opening and it’s one that we must take by seizing every possible opportunity to realize the vision for a peaceful future for the people of North Korea. This begins with the final, fully verified denuclearization of North Korea as agreed by Chairman Kim Jong Un at the summit with President Trump in Singapore.”

Although the North has ceased nuclear and missile tests and has taken some steps in other areas, it has yet to begin dismantling its nuclear weapons facilities and continues to develop ballistic missiles. Pompeo and other officials have said sanctions will remain on North Korea until denuclearization has been completed and verified, but have suggested that other confidence-building measures are possible before then.

Biegun, Ford’s vice president of international governmental affairs, was a White House staffer and aide to national security adviser Condoleezza Rice during President George W. Bush’s administration. He was also an adviser to former Senate Majority Leader Bill Frist and was rumored to be a contender to replace H.R. McMaster as Trump’s national security adviser.

His appointment is the latest in a series of special envoy posts filled by Pompeo, who is seeking to tap veteran diplomats and national security officials to run delicate negotiations. Last week, he appointed the State Department’s policy planning chief, Brian Hook, to run a group dedicated to Iran issues.

He also named former ambassador James Jeffrey to be special representative for Syria and is expected soon to appoint another former ambassador, Zalmay Khalilzad, to handle issues related to Afghanistan.