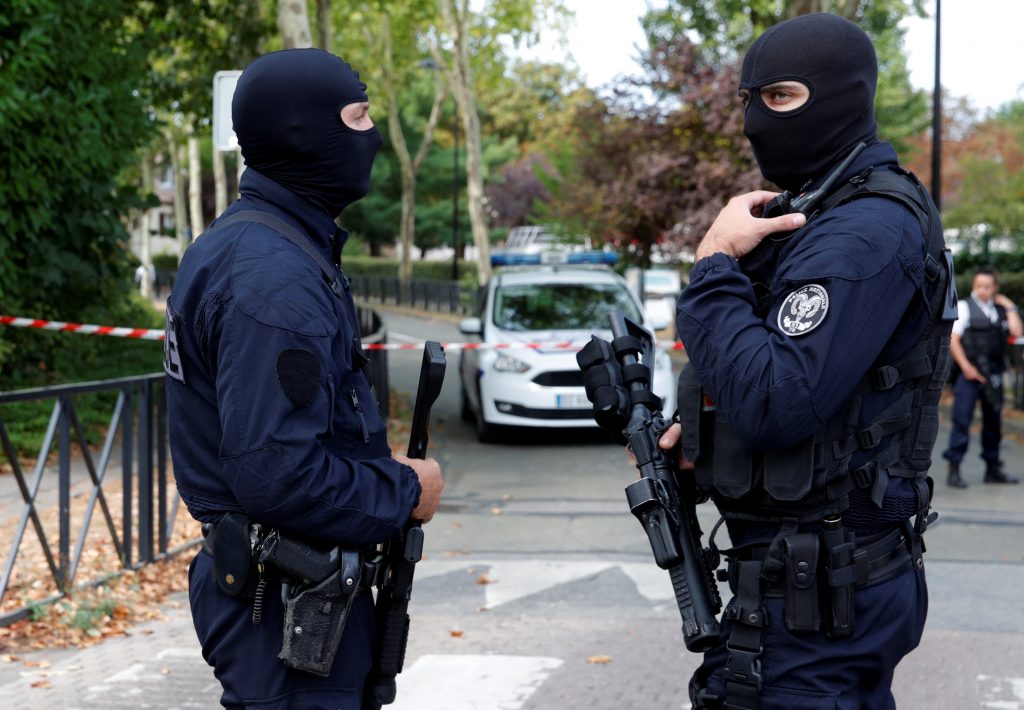 A knife-wielding man killed his mother and sister in the Paris suburb of Trappes on Thursday and seriously wounded a third person, a French Interior Ministry source said.

The young man, who killed his victims out in the street before taking refuge in a house, was later shot dead by police when he left that house and ran toward them in a threatening way, a police source said.

“The police operation is over … the person was neutralized and is dead,” the local prefecture said on Twitter.

The Islamic State terror group issued a statement claiming responsibility for the attack but provided no evidence. The statement came before it was confirmed that the victims were relatives of the attacker.

BFM news channel said the attacker shouted “All-hu Akbar,” but police could not immediately confirm it.

Hours before the attack, IS leader Abu Bakr al-Baghdadi urged followers to attack enemies everywhere by all means, including in knife attacks.

Police officials said the man was flagged in a government database of suspected religious and political extremists. They spoke on condition of anonymity because they weren’t authorized to discuss the investigation publicly.

“The reason behind the attack and his profile are not known yet and are being looked into,” a police source said.

Counterterrorism officials have yet to be asked to join the investigation, a judicial source said.

Trappes is an underprivileged area situated in an overall wealthy area west of Paris. Dozens of radicalized youths from the town of about 30,000 have left for Syria.