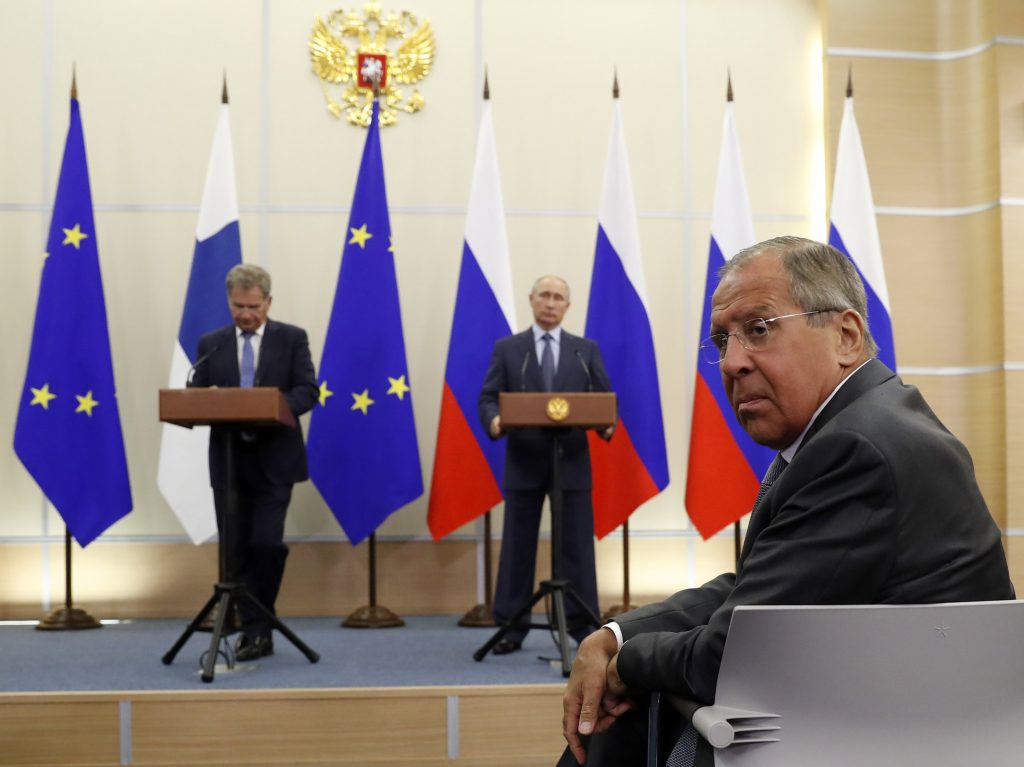 Russian President Vladimir Putin on Wednesday condemned U.S. sanctions against Russia as counter-productive, but said a summit he had held last month with President Donald Trump had still been useful.

Speaking at a news conference after holding talks with his Finnish counterpart Sauli Niinisto, Putin said he hoped Washington would realize that its policy of imposing sanctions on Moscow for its perceived misbehavior was misguided.

“As for sanctions, these actions are counter-productive and pointless, especially towards a country like Russia,” Putin told reporters in the Russian Black Sea resort of Sochi.

“I hope that our American partners will realise that this policy has no future at some point and we can start cooperating in a normal way.”

Putin was speaking on a day when the rouble weakened towards its lowest level in more than two years as traders priced in the risk of more U.S. sanctions and a new tranche of sanctions announced earlier this month was expected to take effect.

Despite the sanctions, Putin said a summit with Trump in Helsinki last month had been useful and praised the benefits of direct dialogue.

Putin also said Europe needed the Moscow-backed Nord Stream-2 gas pipeline project, an initiative that Trump has harshly criticized, and that Russia was the most suitable supplier of energy for Europe.