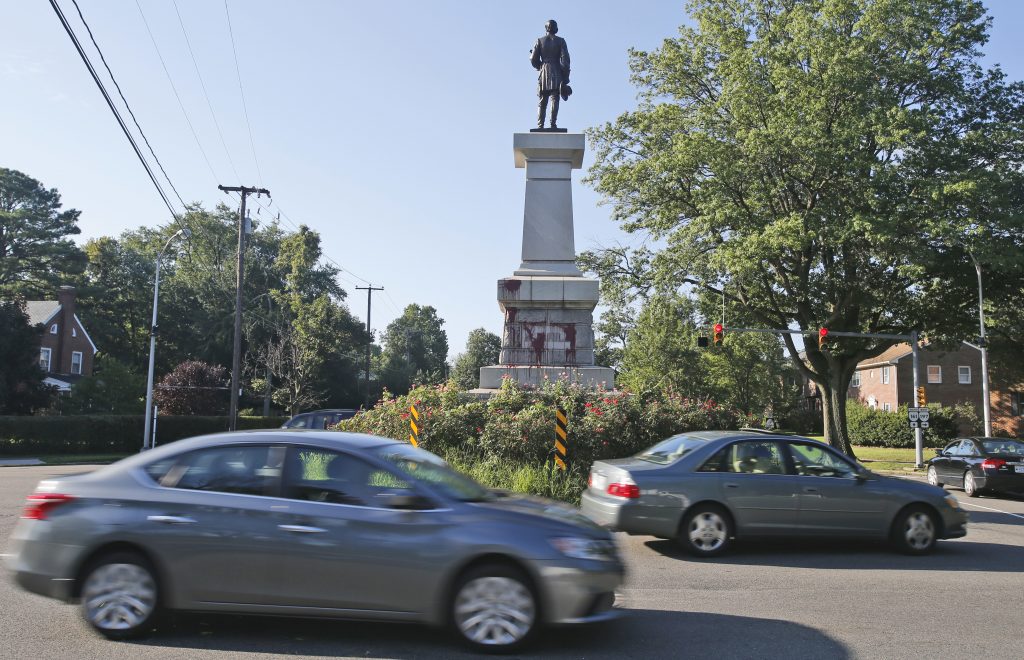 A Confederate statue in Richmond, Virginia, was vandalized overnight with what appears to be red paint.

He says the city’s Department of Parks, Recreation and Community Facilities will clean up the statue.

The vandalism follows the toppling of a Confederate monument at the University of North Carolina this week.

Richmond has been debating what do with other Confederate monuments that stand on Monument Avenue in a different part of the city.

The Hill statue hasn’t been part of that discussion.