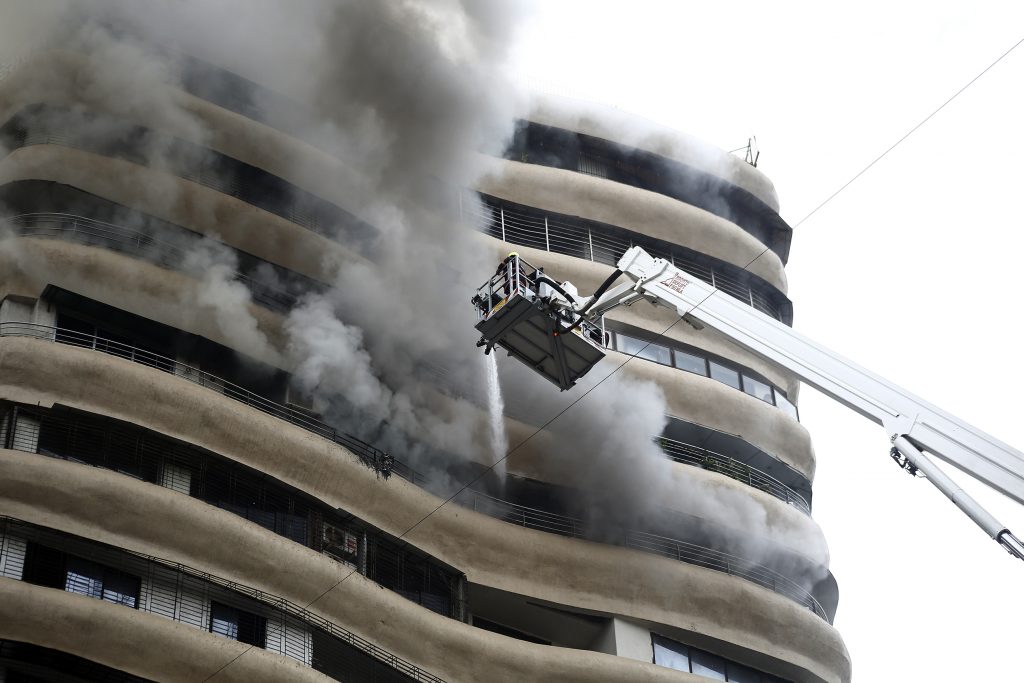 A fire broke out Wednesday on the 12th floor of a residential building in Mumbai, India’s financial and entertainment capital, killing four people and injuring 12 others, officials said.

Twelve fire engines were used to douse the flames, but the cause of the blaze in Mumbai’s commercial Parel area was not yet known, said a fire services control room official.

Dozens of people were rescued from the 17-story Crystal Tower building, said the official, who spoke on condition of anonymity because he was not authorized to talk to reporters.

The blaze and the smoke spread quickly and trapped some residents in a staircase, the Press Trust of India news agency cited fire services chief P. S. Rahangdale as saying.

Sixteen people suffered from suffocation due to the smoke and were rushed to a hospital, the civic authorities said in a statement.

Four of them later died, the fire official said.

Two firefighters were injured in the firefighting operation, which lasted around two hours, the official said.

Fires are common in India, where building laws and safety norms are often flouted by builders and residents. In December, a late-night fire in a Mumbai restaurant killed 15 people.