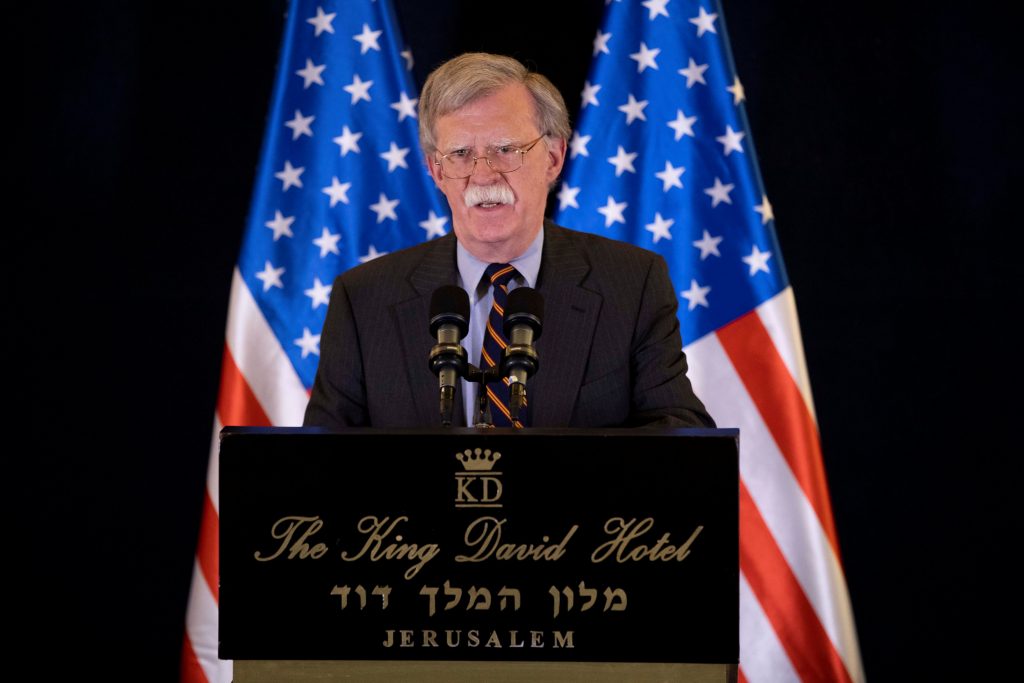 John Bolton said a “lot of progress” has been made, but he refused to say what the plan entailed or when it may be publicized. The Trump administration recently began staffing its Mideast policy team ahead of the plan’s expected release.

Trump officials have long promised the most comprehensive package ever put forward toward resolving the Israeli-Palestinian conflict. The Palestinians have indicated they consider it a non-starter given what the perceive as Trump’s bias toward Israel and his unilateral recognition of Yerushlayaim as its capital.

“Work continues,” he said at a press conference in Yerushalayim. “There are a lot of consultations and there is no decision on a timetable for when the full details of the plan will be announced.”

Bolton said the Palestinians have “been used as agents by radical leaders over the years for their own political purposes” and that when the plan was rolled out they would discover that the Trump administration wants to give them a chance for a decent life.