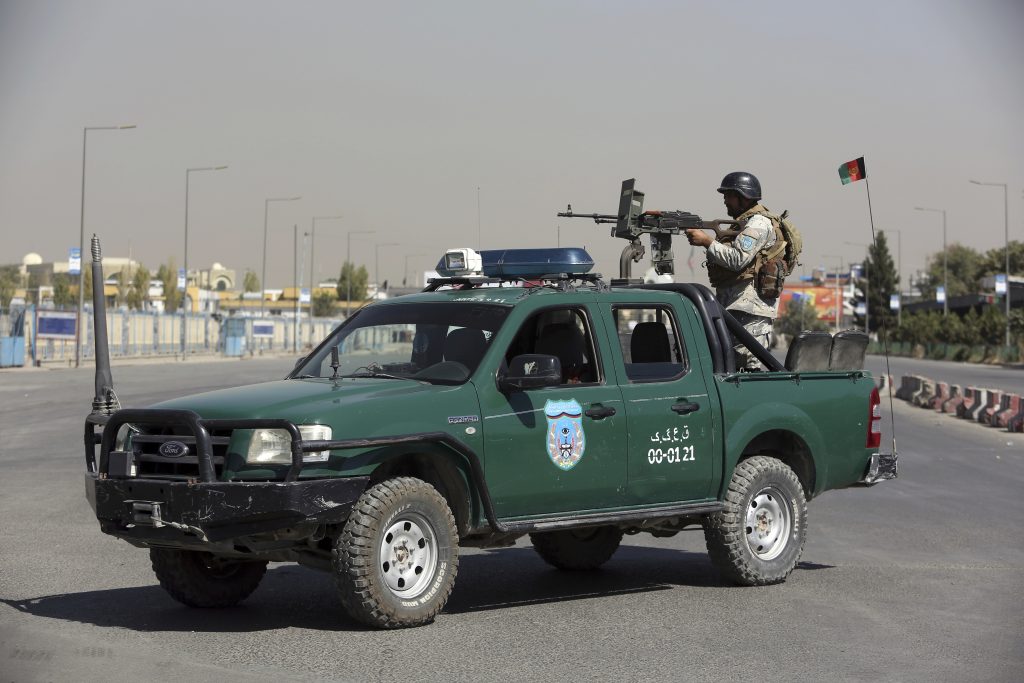 Russia said Tuesday that the Taliban have accepted an invitation for talks next month, in what promises to be one of the terror organization’s biggest diplomatic forays since the 2001 U.S.-led invasion.

The announcement of the planned talks comes as the Taliban has expanded its footprint across Afghanistan and launched an unrelenting wave of attacks, including a prolonged assault on Ghazni, a strategic city near Kabul, earlier this month.

Russian Foreign Minister Sergey Lavrov said Moscow invited the Taliban to the Sept. 4 talks and was hoping for “productive” negotiations. “The first reaction was positive, they are planning to take part in the meeting,” he said.

Lavrov reaffirmed that Russia’s contacts with the Taliban aim to ensure the safety of Russian citizens in Afghanistan and encourage the insurgents to abandon hostilities and engage in a dialogue with the government.

A senior Taliban official confirmed they would send a delegation to Russia “for the sake of finding peace in Afghanistan.” The official said the group plans to send representatives to other countries in the region, including Pakistan and China, “to take them into confidence and address their concerns.”

“We are in contact with all neighbors,” the official said, adding that the Taliban routinely hold meetings with European officials at the group’s political office in the Gulf state of Qatar. The Taliban official spoke on condition of anonymity because he is not authorized to speak to the media.

Lavrov rejected claims by the Afghan government that Russia is hoping to use the Taliban to combat the Islamic State terrorist group. An IS affiliate in Afghanistan has staged several devastating attacks in recent years and has repeatedly clashed with the Taliban. The IS branch is seen as particularly threatening to Russia because it includes a large number of battle-hardened Uzbek terrorists.

“I can’t even hypothetically imagine how Russia could use the Taliban for fighting the IS,” Lavrov said at a news conference. “We fight the IS with all means available, we support Syria in that struggle, we help equip the Iraqi army for the same goal and we naturally would like to see the people of Afghanistan getting rid of the IS.”

In a separate statement, the Russian Foreign Ministry strongly criticized the claim, made by Afghan Ambassador Abdul Qayyum Kochai, saying it’s based on “insinuations” and “completely distorts the meaning of Russia’s policy on Afghanistan.”

“It’s deplorable that instead of helping maintain partnership and mutual trust between Russia and Afghanistan, the Afghan ambassador has taken steps leading in the opposite direction,” the ministry said.

It hailed the Afghan government’s offer of a holiday ceasefire, adding that the Taliban’s apparent rejection of it is regrettable.

The ministry said the Sept. 4 talks in Moscow would include representatives of Russia, Afghanistan, China, Pakistan, Iran and India, and are intended to “help advance the process of national reconciliation in Afghanistan and establish peace in the country as soon as possible.” It said other countries, including the U.S., also have been invited to attend.

The Taliban have raised their diplomatic profile in recent weeks by sending official delegations to Uzbekistan and Indonesia, and say they held talks with a senior U.S. diplomat in Qatar last month. The group has refused direct talks with the Afghan government, which it views as a U.S. puppet, saying it will only negotiate the end of the 17-year war directly with Washington.

Russian President Vladimir Putin supported the U.S. invasion of Afghanistan after the Sept. 11 attacks and the deployment of U.S. forces to former Soviet states in Central Asia. But Moscow has grown increasingly critical of U.S. actions as relations with Washington have soured in recent years, and is stepping up its own diplomatic outreach across the region.