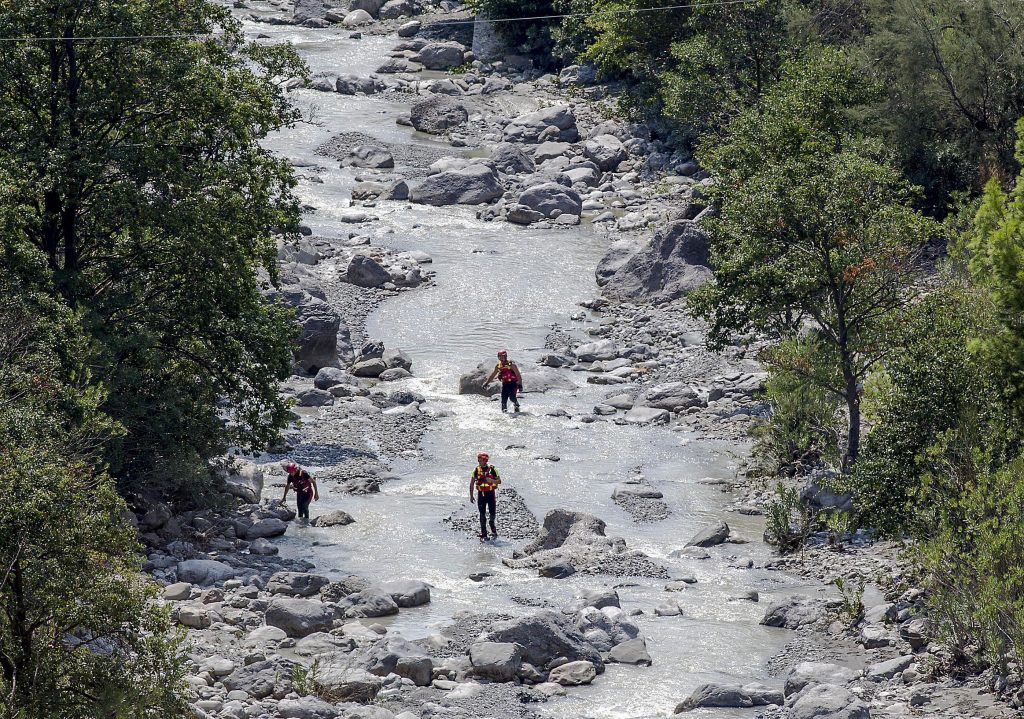 Italy’s environmental minister on Tuesday urged prosecutors to look at both possible criminal responsibility and administrative lapses that may have contributed to the deaths of 10 people swept away by a flash flood as they hiked through a narrow gorge in the southern region of Calabria.

Rescue workers saved 23 people Monday after a torrent some 8 feet deep filled the narrow Raganello Gorge inside the Pollino National Park, which features rock faces as high as 2,300 feet. Eleven people were hospitalized, including four children who lost either one or both of their parents.

Three people who had been listed as missing were located elsewhere, but officials had not yet called off the search as there may be hikers in the gorge without a guide.

“Italy is tired of crying for the dead. Enough,” Environment Minister Sergio Costa said during a visit to the scene. “If what happened is the result of negligence, sloppiness or a lack of awareness of the risks, we are facing a serious situation that we need to get to the bottom of.”

The tragedy came six days after a highway bridge collapse in the northern port city of Genoa killed 43 people.

Italian prosecutors on Tuesday opened a criminal investigation into the gorge deaths, and the government has asked for a separate administrative proceeding to determine if there were lapses that contributed to the deaths.

Questions focused on whether weather alerts had been properly issued and heeded, and whether access to the gorge and its challenging terrains should be better regulated.

Meteorologists say that the intense rainfall that provoked the torrent was not particularly extraordinary for the period. Still, rescue workers and officials said flash floods in the gorge are rare in the summer, and that one of that magnitude had not registered for decades.

“Without a doubt, the event was of a weight we have not seen for many years. We are talking about at least 90 years ago,” the president of the Pollino National Park, Domenico Pappaterra, told Sky TG25.

Pappaterra said the park’s own guides don’t bring hikers through the canyon, and he said that only well-equipped and trained trekkers should access the upper part of the canyon. The lower area, near a natural rock formation known as Devil’s Bridge, is more accessible to casual tourists.

“There are those out for an adventure, and they do it in a careless way,” he said.

The victims, who were among two groups of trekkers on an excursion, appeared to have been spread throughout the 7.5-mile-long gorge.

Pasquale Gagliardi, a doctor with an emergency helicopter service, told ANSA that one of the survivors was an 8-year-old girl, found in a state of shock next to a body. Her parents were believed to be among the dead.

Italian media reported that the dead were all Italians. Costa said Dutch tourists were among those who survived.

Officials continued to survey the canyon in case there were any trekkers who had entered on their own.

A local resident who helped respond to the emergency, identified only as Claudio, told ANSA that he helped two youths from Naples, who managed to climb out of the gorge on their own.

“They were in a state of shock and they arrived without shoes and with cuts from the rocks. They recounted a terrifying situation,” he said.

The gorge boasts aquatic trekking along the stream that cuts through the massive rock, where hikers pass by waterfalls and natural slipways. Several private companies offer guides, and advertise that they provide also helmets, wet suits and other equipment.

The news agency ANSA said the dead included one such guide, a 32-year-old who also worked as a rescue worker during the avalanche that buried the Rigopiano hotel in Abruzzo in January 2017. Twenty-nine people died in that accident.