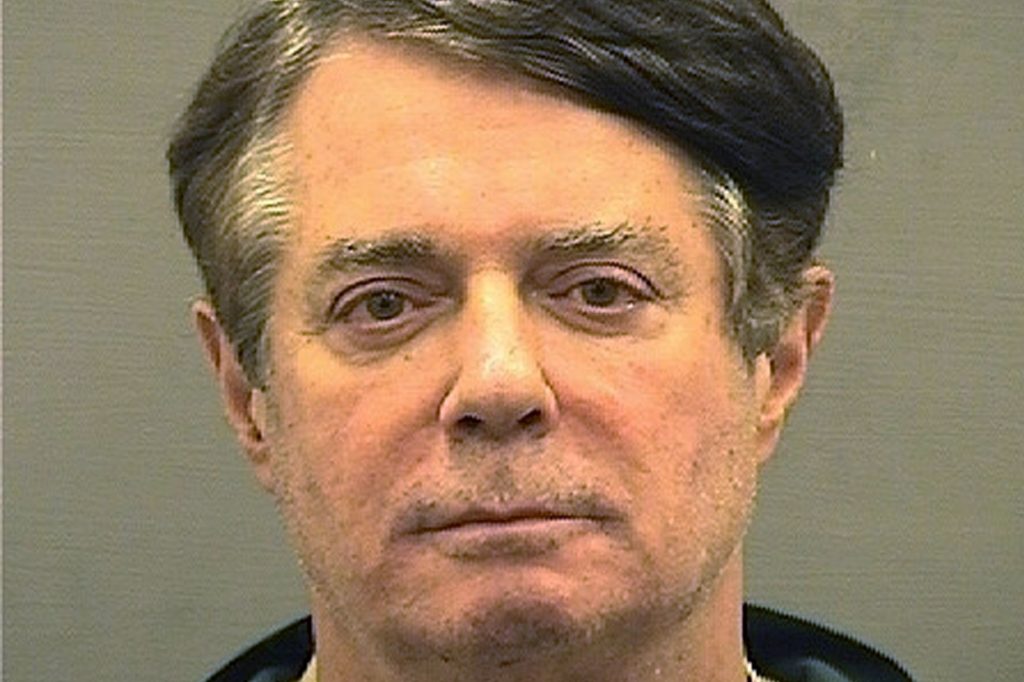 A jury has found former Trump campaign chairman Paul Manafort guilty after a three-week trial on tax and bank fraud charges – a major if not complete victory for Special Counsel Robert Mueller as he continues to investigate the president’s associates.

The jury convicted Manafort on eight of the 18 counts against him. The jury said it was deadlocked on the other 10. U.S. District Court Judge T.S. Ellis declared a mistrial on those other charges.

Manafort was convicted on five counts of filing false tax returns, one count of not filing a required IRS form, and two bank fraud counts.

The verdict announced Tuesday comes as President Donald Trump has stepped up his criticism of Mueller’s probe, publicly criticizing the investigation on a weekly basis. As the Manafort trial began, President Trump called for Mueller’s probe to be shut down immediately.

Manafort’s guilty verdict may strengthen Mueller’s hand as he continues to investigate possible conspiracy and seeks an interview with the president; an acquittal could have led to a broader effort by conservatives to shut down the special counsel’s office.

The 18 charges in the Manafort trial centered on Manafort’s personal finances, and had little to do with the special counsel’s mandate of probing Russian interference in the 2016 election and whether any Trump associates conspired with those efforts.

But the trial was the first to emerge from Mueller’s probe, and as such, it marked a significant public test of his work.

The jury deliberated for four days before announcing its verdict.

His lawyers had argued that Gates, not Manafort, was the real criminal, pointing to Gates’ admitted lies and theft. Gates pleaded guilty in February to lying to the FBI and conspiring against the United States, and has said he hopes to get a shorter prison sentence by cooperating against Manafort.

Prosecutors, in turn, told the jury that the most compelling evidence in the case was the dozens of documents, many of them emails, showing Manafort oversaw the false statements to the IRS and banks.

Manafort, 69, called no witnesses at all, as his lawyer argued that prosecutors had failed to prove beyond a reasonable doubt that he intended to defraud the government or banks. Manafort’s lawyers repeatedly suggested their client might not have known the law.

The trial featured heated arguments at times – not between the government and defense lawyers, but between Ellis and prosecutors. The judge repeatedly chided prosecutors in front of the jury, though at the end of the trial he urged the panel not to consider during deliberations any opinions he may have expressed.

Manafort faces a second trial in September in Washington D.C., on charges that he failed to register as a lobbyist for the Ukraine government, and conspired to tamper with witnesses in that case. Manafort has been in jail since June as a result of the witness-tampering charges.

On Tuesday morning, the jury sent a note indicating they were split on at least one count. At that time, Ellis said he might be open to accepting a partial verdict at a later point, but not yet.

Manafort’s attorney Kevin Downing argued jurors should be given a new verdict form that would give them the option to be undecided on the charges. The “third option should be hung as to each count,” said Downing, who added that the jury “shouldn’t be misled” into thinking that a hung jury is inappropriate.

Prosecutor Greg Andres objected to that suggestion, saying such a form goes against the judge’s instruction for the jury to keep deliberating. The judge agreed, saying that if the jurors still can’t come to a consensus after he sends them back to continue deliberating, then he would “ask them to tell me where they stand.”

When the jurors were brought into the courtroom, Ellis told them only that if they failed to agree on a verdict, the case would be “left open and undecided,” and that there was no reason another 12 jurors could decide the case “better or more exhaustively” than they could. He told jurors not to yield their beliefs, but asked them to consider whether they stood in the minority, and if so, whether they should change their minds.

Juries are permitted to return partial verdicts, in which they reach a unanimous decision of conviction or acquittal on some – but not all – of the counts against a defendant. In those circumstances, the acquittal or conviction will stand as the trial outcome for those specific charges, but prosecutors must then decide if they want to retry the defendant on the counts that resulted in a deadlock. During deliberations, judges encourage juries that say they are stuck on part or all of a case to keep trying to reach a unanimous verdict.

Prosecutors charge that from 2010 to 2014, Manafort hid more than $15 million from the IRS – money he made as a political consultant in Ukraine.

When that income ended in 2014, authorities charge Manafort lied to banks to get millions of dollars more in loans to support his extravagant lifestyle.

On Thursday, the jury asked Ellis to clarify some legal elements in the case that had been raised by the defense team. Since then, its members have deliberated without asking for further guidance.

The president has repeatedly spoken out publicly in support of Manafort, both at the trial’s outset and during jury deliberations.

On Monday morning, President Trump tweeted that Mueller’s investigators “are enjoying ruining people’s lives and REFUSE to look at the real corruption on the Democrat side – the lies, the firings, the deleted Emails and soooo much more! Mueller’s Angry Dems are looking to impact the election. They are a National Disgrace!”

Following Manafort’s conviction Tuesday, Trump was asked about the verdict.

“I must tell you that Paul Manafort’s a good man,” said Trump. “He was with Ronald Reagan, he was with a lot of different people over the years and I feel very sad about that. Doesn’t involve me but I still feel, you know, it’s a very sad thing that happened. This has nothing to do with Russian collusion. This started as Russian collusion, this has absolutely nothing to do, this is a witch hunt that ends in disgrace. But this has nothing to do what they started out, looking for Russians involved in our campaign. There were none.

“I feel very badly for Paul Manafort. Again he worked for Bob Dole, he worked for Ronald Reagan, he worked for many, many people and … the way it ends up. It was not the original mission, believe me. It was something very much different. So, had nothing to do with Russian collusion. We continue the witch hunt.”