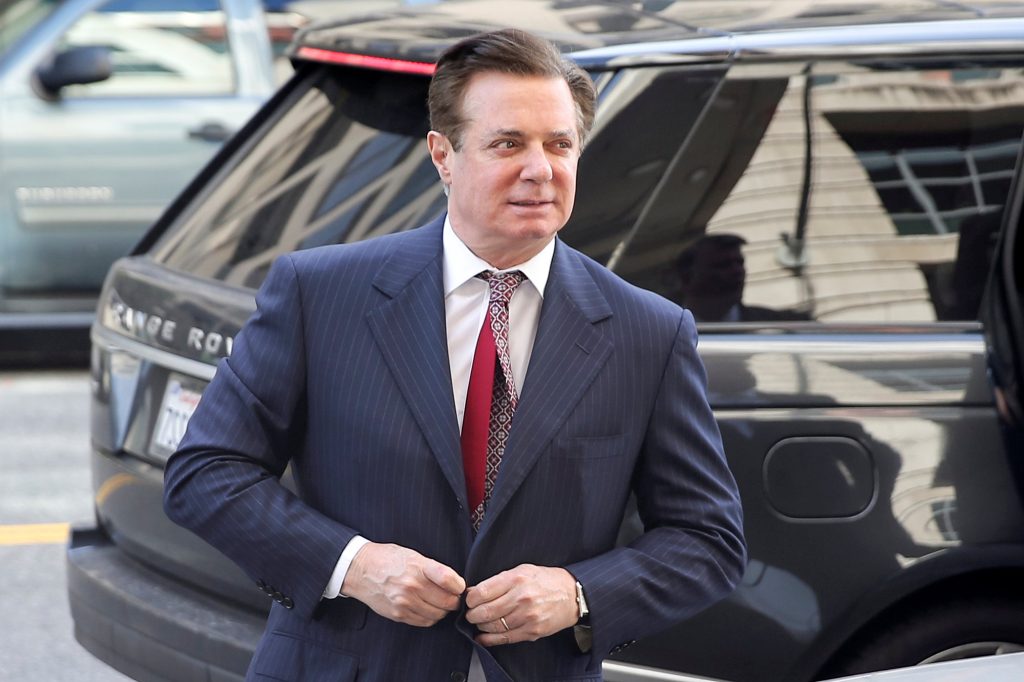 Jurors began their fourth day of deliberations on Tuesday morning in the fraud trial of Paul Manafort, who ran the presidential campaign of Donald Trump at pivotal moments of the 2016 election.

On Monday, the 12 jurors ended their day in federal court in Alexandria, Virginia, at 6:15 p.m., working at least 45 minutes longer than on previous days.

Manafort faces five counts of filing false tax returns, four counts of failing to disclose his offshore bank accounts and nine counts of bank fraud. If convicted on all counts, he could spend the rest of his life in prison.

It is the first trial stemming from Special Counsel Robert Mueller’s investigation of Russia’s role in the 2016 U.S. election, although the charges largely predate Manafort’s time working on Trump’s successful campaign.

A Manafort conviction would undermine repeated efforts by Trump and some Republican lawmakers to paint Mueller’s Russia inquiry as a political witch hunt. An acquittal would be a setback for the special counsel.

Aaron Wolfson, a former prosecutor in New York, noted that it was not uncommon for juries to be out “five, six or seven days” in complicated cases.

“I think the jurors all know how serious this case is and they want to take the time and go through the evidence and the charges,” said Wolfson. “Staying until 6:15 shows they’re working hard, and there was something they wanted to finish.”

Over two weeks of testimony, prosecutors presented evidence that Manafort evaded U.S. income taxes on $16 million he earned as a political consultant for pro-Russian politicians in Ukraine and then lied to banks to secure $20 million in loans after his Ukraine income dried up and he needed cash.

Manafort worked for five months on Trump’s 2016 campaign. He was campaign chairman for three months, a period during which Trump was formally anointed as the Republican nominee at the party’s convention.

Manafort’s former right-hand man, Rick Gates, took the stand for the prosecution, along with 26 other witnesses. Gates, also a former Trump campaign aide, was indicted along with Manafort but pleaded guilty and agreed to cooperate with the government.

Jurors were given 388 exhibits, including some that showed how Manafort spent money on luxuries including a $15,000 ostrich jacket, a $21,000 watch and $6 million in U.S. real estate.

The defense rested its case without presenting any witnesses, although Manafort attorney Kevin Downing raised credibility issues in his cross-examination of Gates.