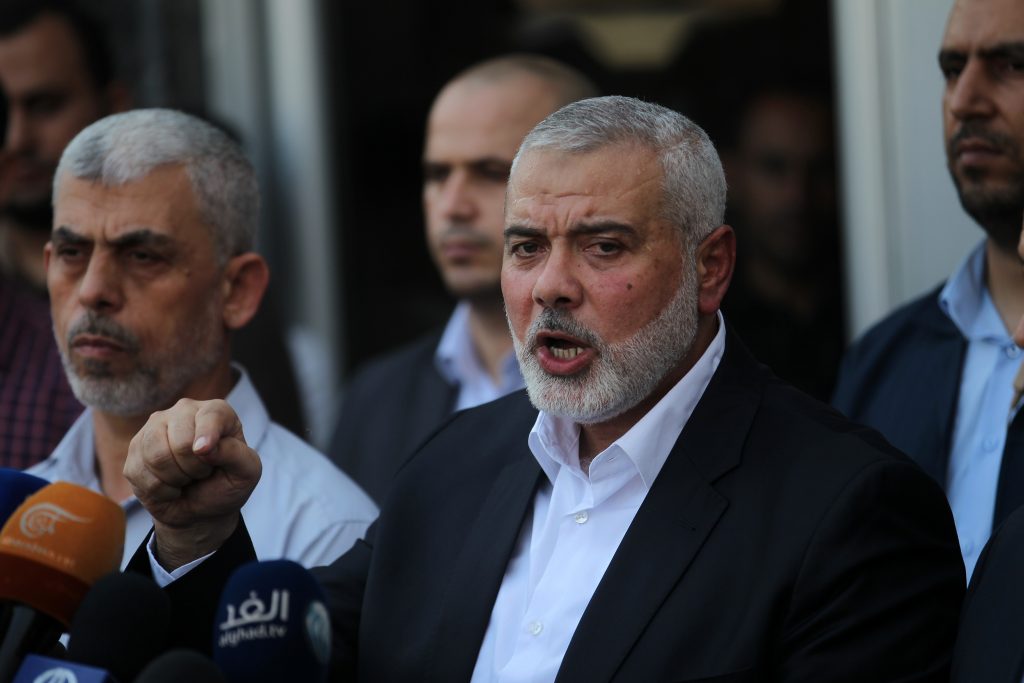 In a speech Tuesday, Hamas top terrorist Ismail Haniyeh said that “the siege on Gaza will soon be ended. We are on the road to ending the unjustified siege, the result of our standing firm in our struggle.”

Haniyeh was speaking on the occasion of a Muslim festival being celebrated this week. The third-party negotiations between Israel and Hamas, being conducted by Egyptian and U.N. officials, is said to be close to completion, although details of the deal are still not known. The talks are suspended this week for the Arab festival. Haniyeh said in his speech that the deal would provide a great deal of humanitarian aid for Gaza, but that “this will not come at the expense of our positions,” and that Hamas had made no concessions in the negotiations.

Part of the deal is expected to be an arrangement for the administration of Gaza involving Hamas and the Palestinian Authority. On Sunday, PA chief Mahmoud Abbas said that if the PA was not in charge of Gaza at the end of the process, there would be no agreement at all, but Haniyeh was more optimistic, saying that “we will establish a unity government and a single national council, and then we will hold general elections for all Palestinians.” The last time elections were held in the PA – in 2006 – Hamas won.

Haniyeh also railed against U.S. President Donald Trump for failing to negotiate a deal between Israel and the PA. “We are today aware that the ‘deal of the century’ that the American president proposed has failed [because] it was rejected by the Palestinian people. Our marches on the security fence have returned the Palestinian issue to the center of the agenda, and revived the principle of return for all Palestinians” to homes Palestinians claim to own in Israel.