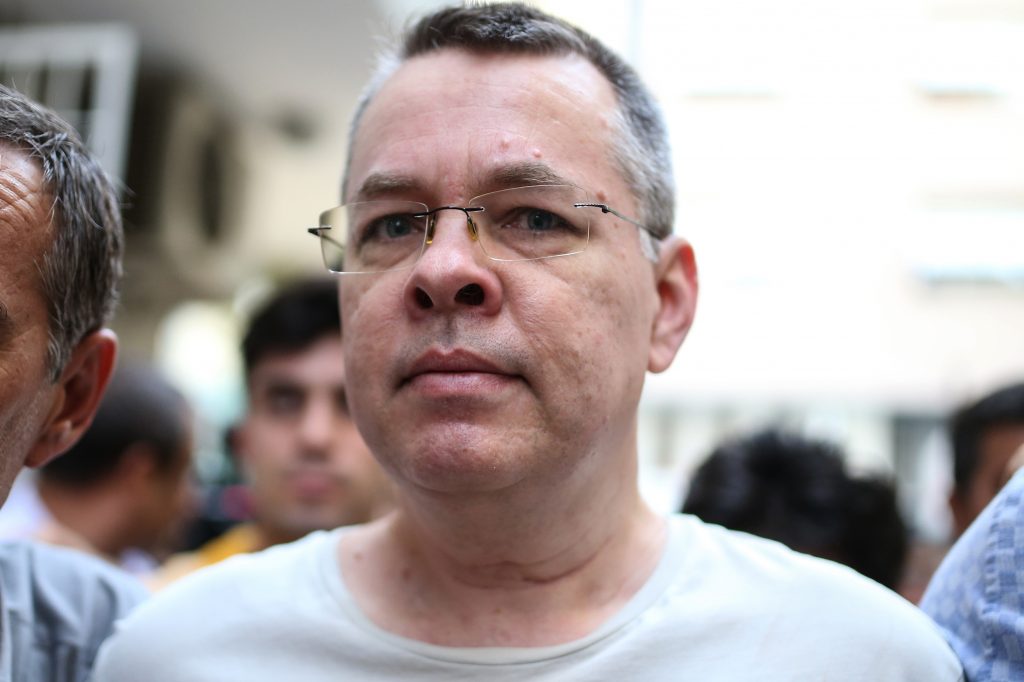 Turkey has initiated a dispute complaint with the World Trade Organization against additional tariffs imposed by the United States on Turkish steel and aluminum imports, the WTO said on Monday.

The move was previously flagged by Turkish officials and comes after President Donald Trump this month said he would double tariffs on Turkish metal imports over Turkey’s trial on terrorism charges of a U.S. evangelical Christian pastor.

The pastor, originally from North Carolina, has lived in Turkey for two decades. He has become an unwitting flashpoint in the diplomatic rift between the two NATO allies. The crisis has deepened turmoil in Turkey’s financial markets.

“Turkey has requested WTO dispute consultations with the United States concerning additional import duties imposed by the United States on steel and aluminum products,” the WTO said in a statement on its website.

Under dispute consultations, both sides have 60 days to seek a solution, then the issue can go to the WTO Dispute Settlement Body.

Criticizing the state of U.S. relations with Ankara, Trump this month authorized a doubling of duties on aluminum and steel imported from Turkey, making them 20 percent and 50 percent respectively.

The pastor, Andrew Brunson, is being held on terrorism charges, which he denies. Trump, who counts evangelical Christians among his core supporters, has increasingly championed the pastor’s case.

“They should have given him back a long time ago, and Turkey has in my opinion acted very, very badly,” Mr. Trump told reporters on Friday. “We are not going to take it sitting down. They can’t take our people.”

A Turkish court on Friday rejected an appeal to release Brunson from house arrest, saying evidence was still being collected and the past posed a flight risk.