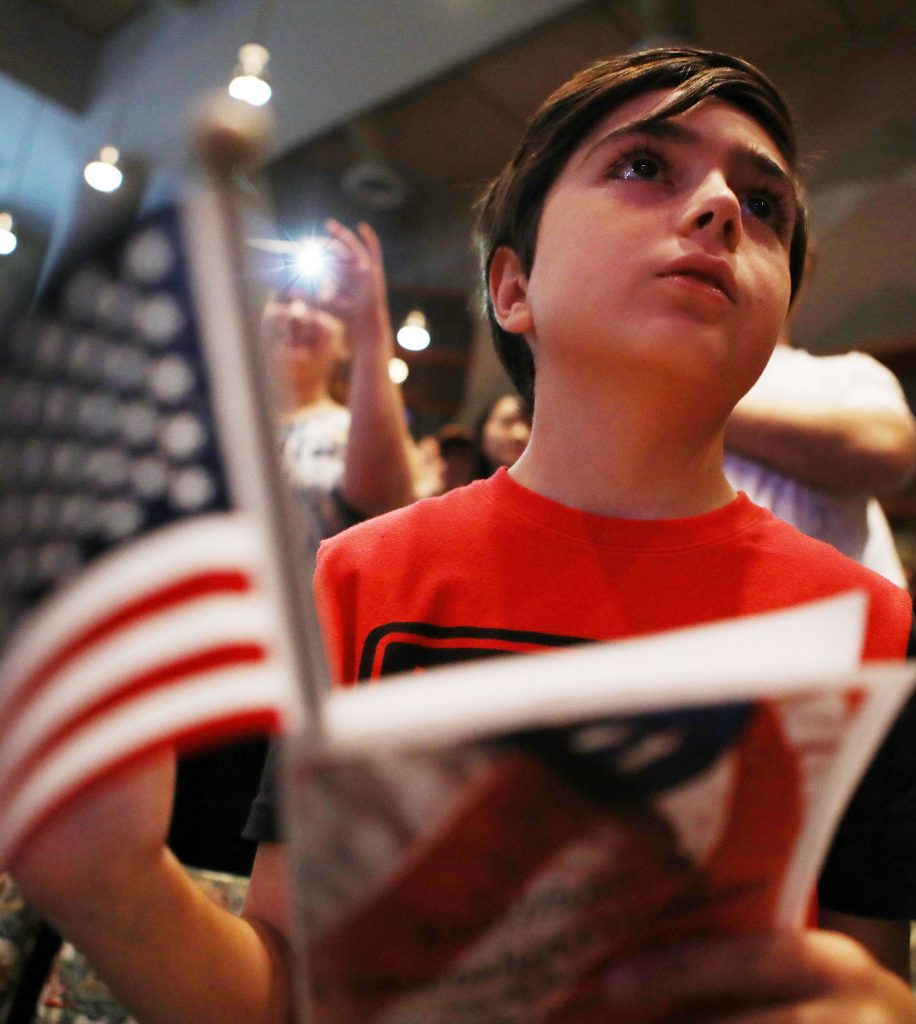 Military officials are sounding the alarm inside the Trump administration about the sharp drop in admission to the United States of Iraqi refugees who have helped American troops in battle, said two U.S. officials aware of the internal discussions.

The Pentagon is concerned that not providing safe haven to more of the Iraqis, many of whom interpreted and did other key tasks for U.S. forces, will harm national security by dissuading locals from cooperating with the United States in Iraq and other conflict zones, the officials said.

In a closed-door White House meeting last week devoted to the Iraqi issue, officials focused largely on the Federal Bureau of Investigation’s method of conducting certain deep background checks on the Iraqis and identified it as a major source of the drop in admissions, said the two officials aware of the discussions, who declined to be named.

As of Aug. 15, just 48 Iraqis have been admitted to the United States this fiscal year through a special refugee program meant for people who worked for the U.S. government or American contractors, news media or non-governmental groups, according to data provided by the State Department. More than 3,000 came last year and about 5,100 in 2016.

At the meeting last week, officials examined the multiple security checks that Iraqis must pass, including one background check that all refugees undergo, called the Interagency Check.

They determined the obstacle was a separate process called Security Advisory Opinions (SAOs), which are required for a smaller subset of people: male and female refugees within a certain age range from Iraq and 10 other countries, mostly in the Middle East and Africa.

The FBI and intelligence agencies conduct the SAOs while the State Department coordinates the process.

At the meeting, the FBI revealed that out of a batch of 88 Iraqis it had recently completed SAOs for, it found suspicious information on 87 of them, said the two officials aware of the meeting. Current and former officials said that is a much higher “hit rate” than in past years.

It was unclear to officials what exactly is causing the higher hit rate, and the meeting did not get into the details of the FBI’s screening methodology and how it might have changed.

A State Department spokeswoman said on Saturday the United States will continue to process U.S.-affiliated Iraqis for resettlement “while prioritizing the safety and security of the American people. Additional vetting procedures are enabling departments and agencies to more thoroughly review applicants and identify potential threats to public safety and national security.”

Pentagon spokesman David Eastburn referred a request for comment on the Iraqi refugees to the White House.

A White House official did not directly comment when asked about the Iraqi refugee issue or the FBI process but said the Trump administration’s approach is “protecting the national interest, preventing foreign terrorist attacks, and protecting U.S. taxpayers and workers.”

One official said the White House meeting last week resulted directly from a smaller, higher-level meeting of senior national security officials earlier this month. They discussed the maximum number of refugees the United States will admit into the country next year. The administration must reach a decision on the ceiling by Sept. 30.

In the earlier, high-level meeting, the Pentagon and State Department both supported maintaining the admissions ceiling at 45,000, one current official and one former official informed of the discussions said. Other agencies’ positions on the cap were not yet clear.

At that meeting, a senior Pentagon official raised the issue of the paltry admissions of Iraqi refugees and asked that if the admissions ceiling is cut further from 45,000, the Iraqis be admitted without counting against the cap, one official said.

A State Department spokeswoman declined to comment on preliminary discussions. The Pentagon did not respond to a request for comment on its position on the ceiling.

The White House official said the administration’s deliberations over the refugee ceiling are continuing and said the United States is “under significant strain as a result of a massive asylum crisis that is separate from, and in addition to, the refugee ceiling.”

President Donald Trump campaigned in 2016 promising tight restrictions on immigration, and in the past year and a half, his administration has sharply reduced refugee admissions through executive orders and closed-door decisions.

The refugee ceiling Mr. Trump set last year of 45,000 is the lowest since 1980, when the modern refugee program was established. The United States is on track to admit about 22,000 refugees this year, approximately half of the maximum allowed.

Advocates for Iraqis who worked for the U.S. government or American companies say hundreds of them have been killed, wounded, abducted or threatened because of their work and face continued danger inside Iraq from armed militias opposed to the United States.

“Iraqis with a U.S. affiliation currently have no avenue to safety,” said Betsy Fisher, policy director for the International Refugee Assistance Project.

Last year, the Trump administration instituted more stringent screening for refugees, including a requirement that they submit phone numbers and email addresses for many more family members than before. That information is now assessed in the SAOs for those refugees who require them.

The countries whose refugees automatically require SAOs before they can be admitted, in addition to Iraq, are Egypt, Iran, Libya, Mali, North Korea, Somalia, South Sudan, Sudan, Syria and Yemen.

Iraqis can raise flags for national security concerns for a number of reasons, especially if their work for the military required them to keep tabs on terrorists and other potential threats.

Years after their work for the military has ended, it can be difficult to verify that their contact with suspicious individuals or groups was strictly related to their job.

A Department of Homeland Security official said on Friday that refugee applicants “undergo more thorough security vetting than ever before” and that the agency is “making it harder for terrorists, criminals, and individuals seeking to exploit the U.S. Refugee Admissions Program.”

During the White House meeting last week, Pentagon officials offered to lend staff to the FBI to help them process the checks faster and potentially resolve concerns about information unearthed during the checks.

As of the end of July, there were more than 100,000 Iraqis who had applied to the special refugee program and were at various stages of the admission process, according to U.S. government data seen by Reuters.