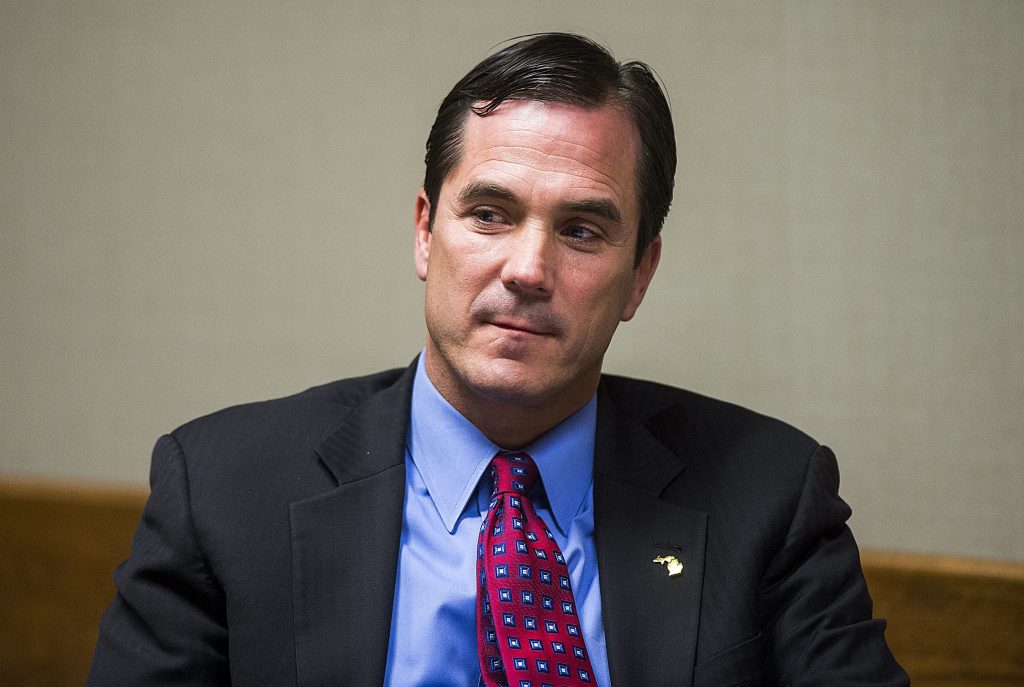 A judge on Monday ordered Michigan’s state health director to stand trial on involuntary manslaughter charges in the deaths of two men linked to an outbreak of Legionnaires’ disease in the Flint area, the highest ranking official to stand trial as a result of the scandal.

Nick Lyon is accused of failing to issue a timely alert to the public about the outbreak. State Judge David Goggins said deaths likely could have been prevented if the outbreak had been publicly known and keeping the public in the dark was “corrupt.”

When the judge announced the decision, a woman in the gallery said, “Yes, yes, yes.”

Some experts have blamed Legionnaires’ on the scandal over Flint’s water, which wasn’t properly treated when it was drawn from the Flint River in 2014 and 2015.

Goggins found there’s probable cause for a trial. The legal standard isn’t as high as beyond a reasonable doubt.

“It’s a long way from over,” Lyon told The Associated Press after the judge’s order. He declined further comment.

The state says at least 90 cases of Legionnaires’ occurred in Genesee County, including 12 deaths. Lyon denies wrongdoing. His lawyers say sending the case to trial will “dangerously chill” public employees.

The Legionnaires’ investigation is part of a larger probe into how Flint’s water system became poisoned when the city used Flint River water for 18 months. The water wasn’t treated to reduce corrosion. As a result, lead leached from old pipes.

Lyon, director of the Health and Human Services Department, is the highest-ranking Michigan official charged in an investigation led by the attorney general’s office.

An additional 14 current or former state and local officials have been charged with crimes, either related to Legionnaires’ or lead in the water. Four agreed to misdemeanor plea deals; the other cases are moving slowly.

Legionella bacteria can emerge through misting and cooling systems, triggering a severe form of pneumonia, especially in people with weakened immune systems. The state says there were 90 cases reported to Genesee County Health Department in 2014-15, including 12 deaths. More than half of the people had a common thread: They spent time at McLaren Hospital, which was on the Flint water system.

The outbreak was announced by Gov Rick Snyder and Lyon in January 2016, although Lyon concedes that he knew that cases were being reported a year earlier.

“He had the chance to save lives,” special prosecutor Todd Flood told the court at a July 25 hearing.

But Lyon’s attorneys have questioned the causes of death of two people cited by Flood. They also say there was much speculation about the cause and not enough solid information to share with the public.

“It is not enough for the prosecutor to wave his hands in the air and cry bad things happened to the people of Flint so someone must be held responsible,” Lyon’s lawyers said in a court filing.