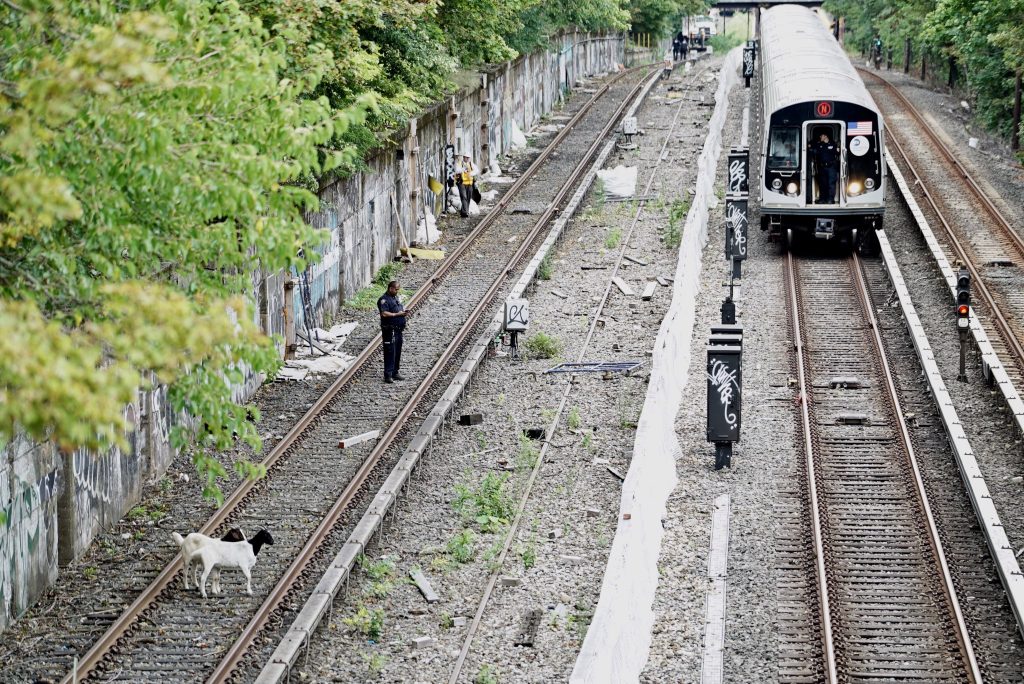 Southbound N train service in Brooklyn was briefly interrupted Monday due to probably the last thing New Yorkers ever expected to see: goats on the tracks.

Two goats were seen roaming the N tracks near the 8th Ave. station shortly before 10:30 a.m., the MTA and NYPD said. Fortunately for the animals, they had chosen  an “unpowered track that was not in service due to local station improvements,” an MTA spokesperson told Hamodia.

Southbound N trains ran on the D line from 36 Street to Coney Island-Stillwell Ave. from 12:30 p.m. until the goats were removed by the NYPD around 1:00 p.m. Authorities are unsure where the animals came from.

The MTA tweeted that it would like to “thank ewe for your patience” while authorities worked to remove the “two very baaaaad boys.”