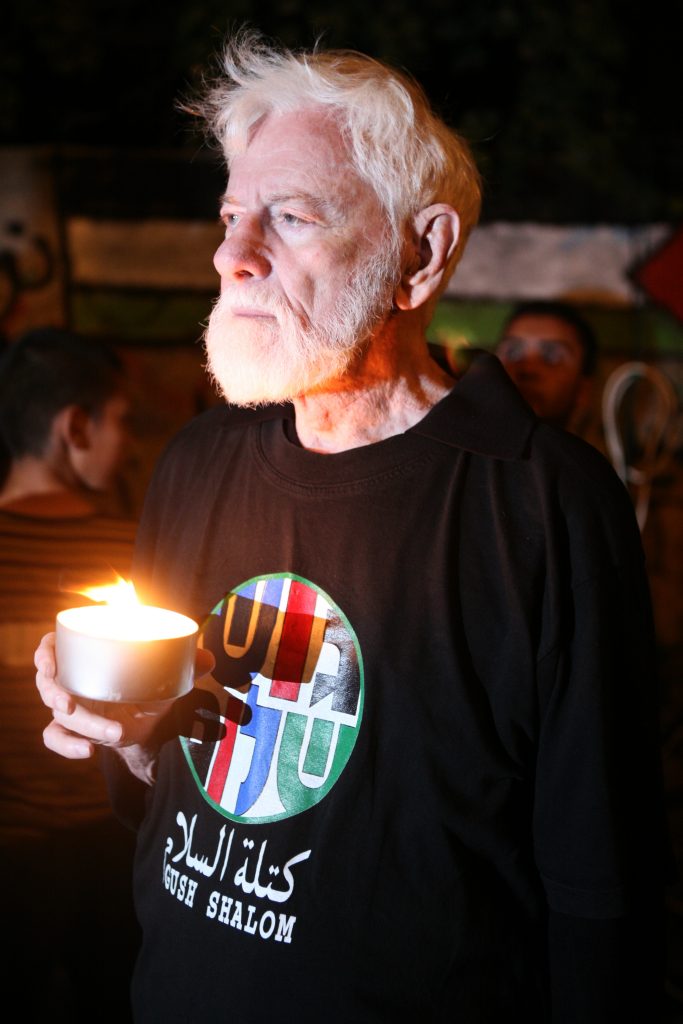 Uri Avneri, often called the “Father of Israel’s Left,” died overnight Sunday after being hospitalized in Tel Aviv for treatment of a stroke. Avneri, 94, was a former Knesset member, and was for 40 years the editor of a then-influential but now-defunct newspaper, known for its combination of lurid social gossip and leftist politics.

In 1938 Avenri joined the Irgun, the same movement that Menachem Begin fought with. During the War of Independence he served as a regular soldier in the IDF, and was badly injured in a battle. He was one of Israel’s most controversial figures during the state’s early years, with then-Prime Minister David Ben-Gurion often criticizing his editorials, but refusing to name the publication.

Immediately after the Six Day War, Avenri called for the establishment of a Palestinian state in liberated Yehudah and Shomron. During the first Lebanon War in 1982, he raised a public furor when he went to Beirut to meet with Yasser Arafat, as Israeli forces surrounded the city.

Avneri was eulogized by political leaders, mostly on the left. President Reuven Rivlin said that “during the days of the struggle for the establishment of Israel Uri Avneri fought with the Irgun, and gained a reputation as the ‘eternal opposition force.’ He struggled to get the Labor government to recognize the contributions of the Irgun, and as a fighter for freedom of speech he paved an important path for the young state. We had serious disagreements with him, but they were minor compared to the desire of all of us to build a free and stable society.”