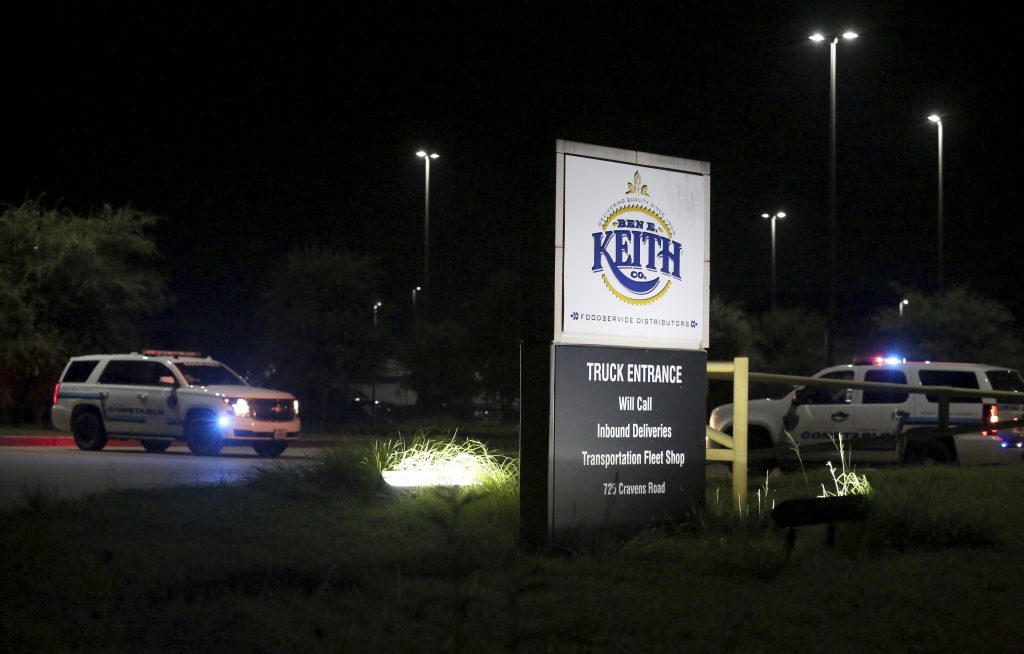 The shooter, identified by police as Kristine Peralez, 38, was also killed in the attack, which happened around 2:30 a.m. at the Ben E. Keith facility in Missouri City, about 15 miles southwest of Houston.

Police Chief Mike Berezin said the woman walked outside the warehouse after the shooting and was confronted by a responding officer.

“We actually had an officer that engaged the shooter,” he said. “Whether or not the shooter actually was hit by one of our officer’s bullets or if it was self-inflicted, we’re not totally sure at this point.”

Peralez was pronounced dead at a hospital. She had worked for the company for about two years, according to police Capt. Paul Poulton.

The overnight manager who died was identified as Francisco Reyes. The other wounded worker was listed in stable condition at a hospital.

Poulton said it was too early to discuss a motive, but he noted that Peralez posted a message on social media indicating that something significant was about to happen. The post provided no specifics.

Berezin said earlier during a brief news conference that the attack happened during the overnight shift, when fewer workers were on duty. Officers were conducting interviews with the 20 to 25 people working in the area at the time, he said.

Several workers had spoken with the shooter before the gunfire began, Berezin said.