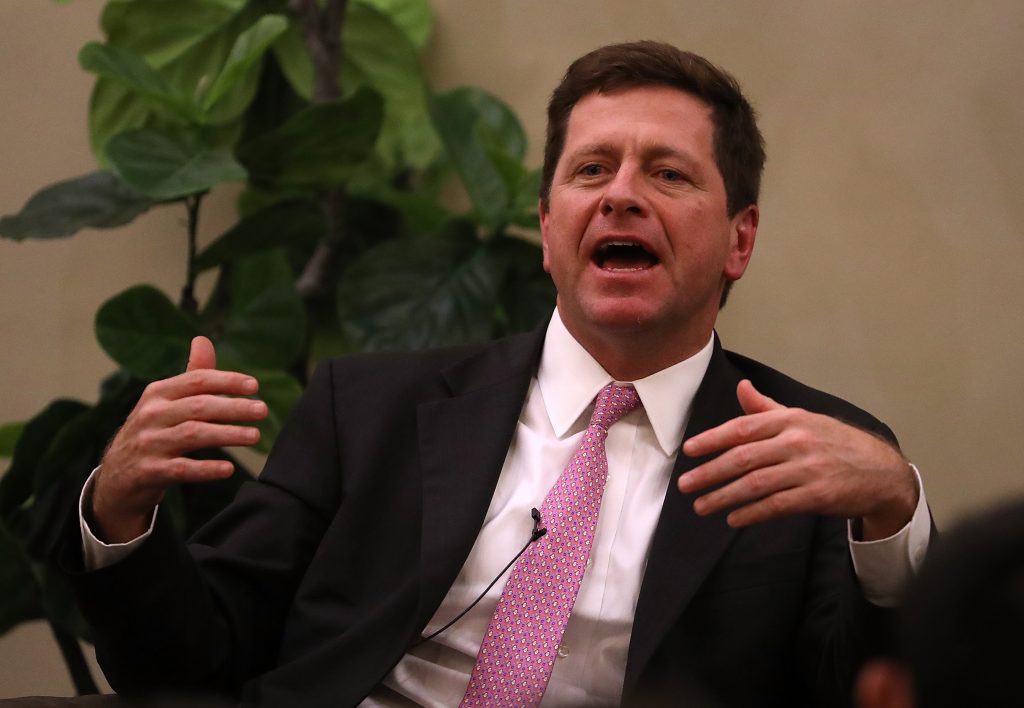 “In speaking with some of the world’s top business leaders I asked what it is that would make business (jobs) even better in the U.S. ‘Stop quarterly reporting & go to a six month system,’ said one. That would allow greater flexibility & save money. I have asked the SEC to study!” President Trump said in a Twitter post.

Some corporate leaders and trade groups have vented about public companies’ focus on short-term earnings and revenue goals, arguing that it can prevent firms from growing their businesses and creating jobs. One criticism is that if companies are striving to report profit gains every quarter, they are more likely to buy back shares and cut costs than invest in their businesses.

Earlier this year, Berkshire Hathaway Inc.’s Warren Buffett and JPMorgan Chase & Co.’s Jamie Dimon urged companies to stop issuing quarterly earnings guidance. But moving away from reporting earnings every three months would be a much more dramatic change that would almost certainly trigger resistance from shareholders who want transparency from the companies they invest in.

Quarterly reporting by public companies has long been a cornerstone of U.S. capital markets, with Wall Street analysts known for making closely monitored recommendations on buying or selling stock. While some business leaders have groaned about the rigors associated with having to meet targets and metrics four times a year, the SEC has been reticent to make any changes.

SEC Chairman Jay Clayton, a Trump nominee, has said increasing the number of public companies and initial public offerings are among his top priorities. Still, Clayton hasn’t floated reducing the number of times that companies must disclose their financial performance each year. As an independent agency, the SEC enjoys some level of independence from the White House.